A look back through the photos 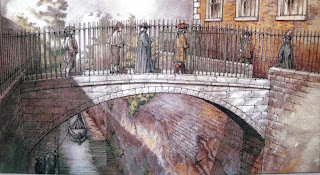 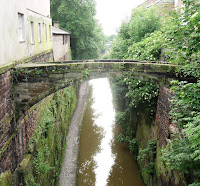 The bridge of Sighs, not in Venice but in Chester, UK. The bridge was built to enable prisoners to cross from the prison in the Northgate across to the chapel to receive their last rites. The old Northgate was a main entrance to Chester. It was replaced in 1808 by a Geogian arch﻿. Now it is a arch going nowhere. The bridge cost £20 ($30) to build in 1793. During WWII the metal railings were removed and melted down. 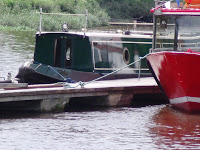 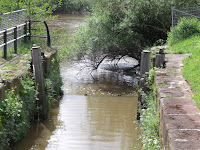 The locks through Chester out to the River Dee look a little neglected, right. Access to the Dee can only be made at certain tide levels but it`s been a good few years since a narrowboat made the trip. The Tuesday night club I believe did the trip but I could not find a link to the report; a search box on the site would help. Anyway the narrowboat above found it`s way onto the Dee albeit with the help of a crane further up stream. 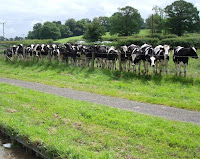 The Alaskan frontier woman has a dubious meeting with local aliens at a very quiet mooring between Chester and Ellesmere Port. 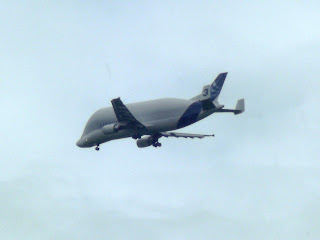 The Airbus Beluga is a regular site around Chester as it flies into Hawarden airport and the Broughton Airbus factory. It flies parts between Airbus manufacturers around the globe. The Broughton factory produces A380 wings that are transported by road and then by barge along the River Dee to be shipped from Mostyn aboard roll-on-roll-off ferries to France. The A380 can carry 555 passengers in three classes spread over two decks. I can just hear the hostesses saying "no standing downstairs; please use the top deck." If the flight was all economy the passenger total could be 840. They have talked of a three deck cargo version. My design--and I have patented this so beware--is a twin cabin, four deck version. Like a catamaran`s twin hulls, it will have five jet engines; two on each wing and one between the cabins to carry all those greedy w bankers. I reckon we could get at least 2,000 on board sitting on laps and in the gangways, landing them on some remote island.

Labels: Airbus A380, Chester, the Bridge of Sighs, the River Dee