ork you never give up being a parent.
So having made the trip with much assistance of Tina & Andy who between them squeezed me into their marina and drove me to the station (thanks guys) i decided to make it an extended break. 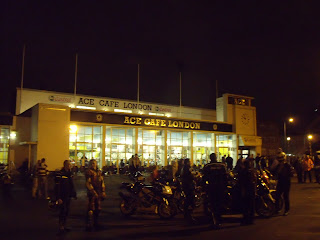 First outing was with son Andy to the Ace Cafe a regular meeting place for bikers with a mixture of all ages and gender with a friendly atmosphere not just inside with good food on the menu but also outside where various stunts that made my hair stand on end were being performed. Also a licenced bar caught my attention by way of the fact that very few bikers were 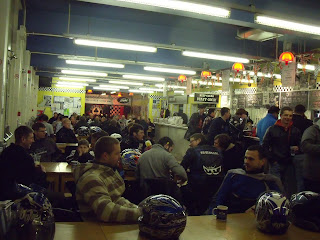 drinking and those that were i suspect were riding pillion. Above inside the Ace cafe.
Next son Kev collected me to stay at his house for a few days and on the itinerary was a Saturday afternoon visit to Luton Town Football club who were hosts to visiting Hayes & Yeading and 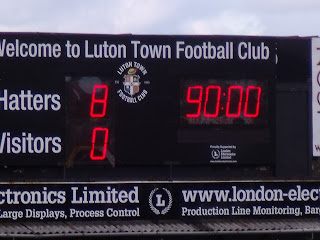 be seen on the final whistle score board they probably wished they hadn`t bothered. Still grand- 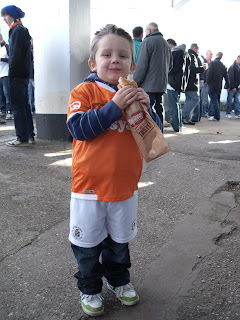 
Not far from Kev & Jo`s house lives Son Steve who puts on Wrestling shows so the third family outing was to watch the show where the little ones had their faces painted. Just noticed in the first pic below, Joanne what are you so deep in thought about?. 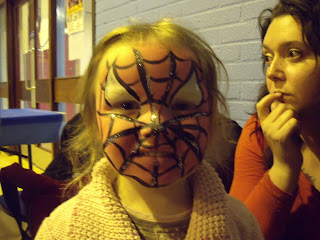 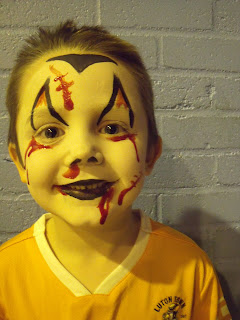 Grandson Kiernan is painted as i think a Vampire. 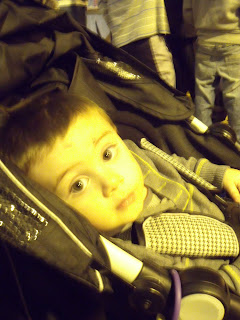 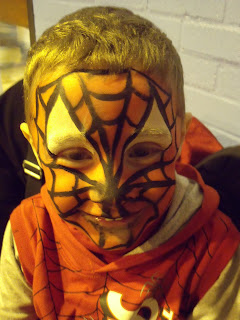 
So a very enjoyable visit being waited on and having dinner invites from all 3 homes made me
decide to stay longer than planned but hey! i`m in no rush and i do miss all of you both big and small. I will get back on the boat sometime over the holiday w`end and continue my journey to The Llangollen canal
Posted by Les Biggs at Thursday, April 01, 2010

2 comments:
Anonymous said...
excellent and i see me and Dave in the picture.....