For a short time i`m back to cruising after leaving my friends Andy/Tina my first stop was back
at Braunston for a couple of days and am now heading for Stafford. Here i will leave the boat safely in a marina while i again travel south to help one of the boys move onto his new life. Sad but that`s life. 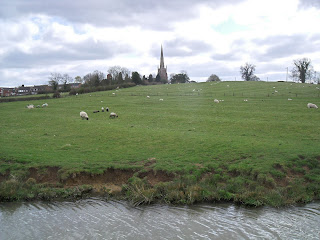 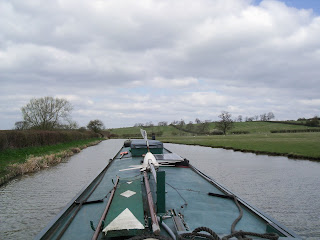 as i head into the open countryside towards Rugby. I shall pull in along the way for a tea break. 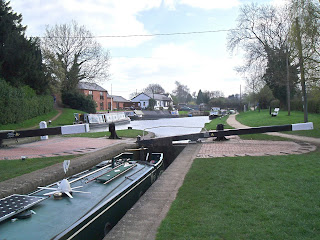 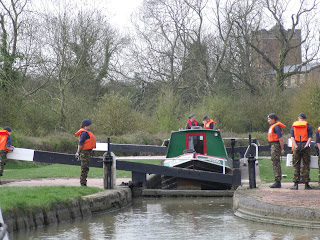 activity as 3 boatloads of Air Cadets took part in a competition of smartness and efficiency under the watchful eye of just not me but their commanders. As you see in the picture 2 cadets from each boat stood to attention by the lock mechanism plus one on the single gate. Points were awarded for the steerer getting the boat in without incident and the lock winding gear being wound in unison. As i entered one cadet stood to attention and closed the gate for me, he then joined the others in his team and together they marched arms swinging perfectly in formation to the next lock. 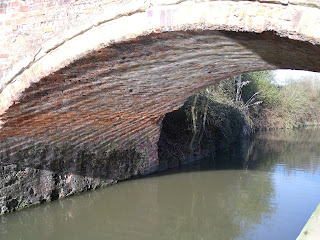 One of the pleasures of a summer sun are the reflections under the bridges that change with the passing of a boat or even just a duck. Under the bridge on the left some Pampas grass can be seen and i spent a pleasant hour or so watching the birds stripping the soft tops to line their nests. 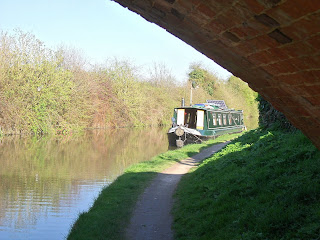 So another peaceful mooring yet only 2 miles from the hustle and bustle of Rugby.
Posted by Les Biggs at Monday, April 19, 2010

Suzena said...
Hello, You have great work in your page, quality images with good detail. Please keep on posting the more stuff. I want to hear more from you.