Not blogging on a regular basis at the moment having spent a lot of time moored up with frozen canal and dental problems. The last visit to the dentist entailed the removal of 2 back teeth a choice i made when told they possibly could be saved at a cost of up to £1000, yes 3 noughts not a typo error. Well it was a no brainer with so few of my own nashers in place the thought of spending that kind of money on a possibility was out of the question.
So out came the 2 teeth on a Wednesday and by Friday i was to say the least in a bit of pain and discomfort and by Saturday afternoon my face had swollen as if i had a ball inside my cheek, so after a weekend of soup back to the dentist for a clean up of 1 very infected socket and a course of anti biotics. All is well now.
It`s nice to be able to move as and when i feel the need and as cold as it has been lately i`ve had some lovely days cruising in sunshine sometimes just 3/4 hours late morning to mid afternoon.
The picture below was taken last October it`s the hire base of Wyvern Shipping at Leighton 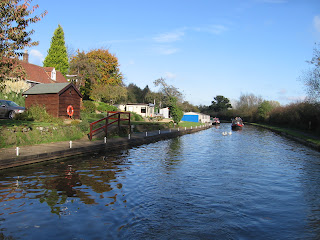 Buzzard and as you can see just one single boat is moored which as it was half term was not surprising, now look at the same view below as i came through recently and counted 33 boats some of which are out of sight around the bend. Just before i took the pic a wide beam boat had just passed me and 5 mins earlier we both would have met on that bend. 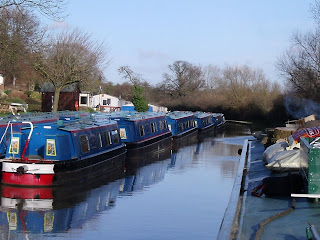 Boys and their toys? Well i received a new camera at christmas with extra zoom function and below are 2 pics out of dozens i have taken testing so called zoom. So much better than my previous camera but then technology moves fast nowadays. 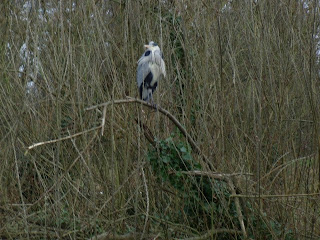 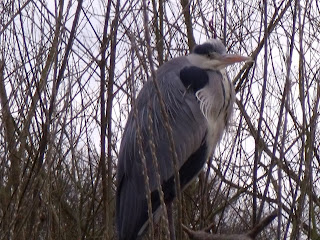 Well that`s all for now but keep an eye on young Mike`s round the world trip by clicking below.
MIKE PERHAM ROUND THE WORLD
Posted by Les Biggs at Wednesday, January 21, 2009