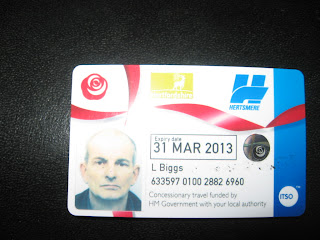 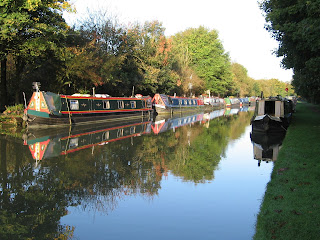 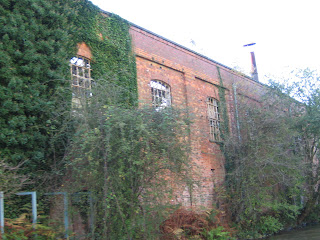 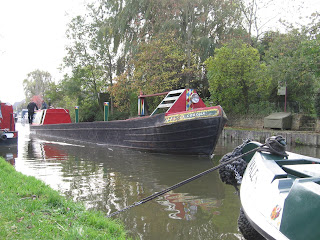 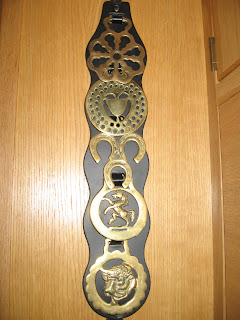 these brasses are just some of a box full I found when i dumped my rubbish in the bin. In all there was about 30 and after a good clean and some new straps there was enough to share with my friends Andy/Tina on `Ytene`, yes Tina i know you cleaned your own, what was left kept 2 of the grandchildren Jack/Jordan busy polishing on a visit to grandad, hope you two have hung them up in your bedrooms.
Before i go Congratulations to Lesley&Joe on the launch of NB Caxton and you can see pictures on their blog HERE.
Posted by Les Biggs at Monday, October 27, 2008

Haven't I seen that picture on a wanted poster somewhere?

It`s been doctored surely,
Where`s my thick black wavy hair?
and look closely at the face you can see it`s been aged using some computer programme.
Come on own up who has hacked into my blog and changed the pic!

Too late to wish you a happy birthday then. Just hope the bus can keep on running. Suspect most passengers go free now!

You ought to see My dads driving license photo he looks like he should reside in Broadmore!!

Hi Chas/Ann
Birthday was back in March but have just got around to getting the bus pass, handy though as the saving on fares is about £25 so far.
Hope to see you both again soon, be safe.
LES

Hi Carol
Actually it`s the same pic i used on my driving licence when i moved from land base to boat and now use one of the boys addresses.
Ronnie Biggs, if i had a £ for every time i gave my name and got the Ronnie treatment i`d be rich/er.
Congratulations for being the 1st follower.