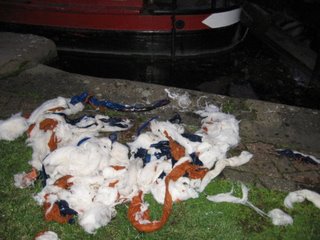 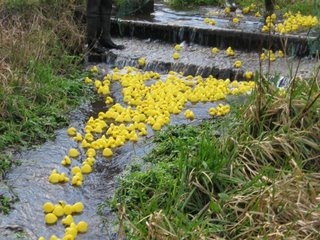 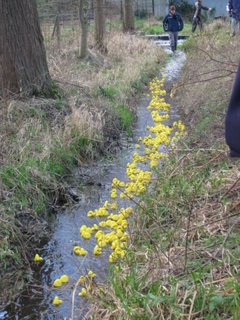 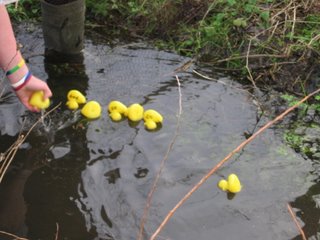 And the winner is plucked out after hitting the net first.
Have a nice weekend everyone
Posted by Les Biggs at Saturday, January 27, 2007

Great blog, but a real shame you have shown a picture of a dead dear,children often view these pages aswell as adult's and i would advisw you remove it

It is a shame your great "blog" is commented on by what would appear to be the up and coming trend of "PC" liberal junkies. I appreciate the sight of a dead dear floating in the water is not the most pleasant of pictures; however, you were portraying the "cut" as it is and as you see it. In fact, as reality is. We cannot go through life protecting people, young or old, from life itself. If a young child were to have seen the picture, and I have children, it is up to the adult to explain the situation and re assure them of the situation and encourage the understanding and appreciation of life. I am assuming that if a small child were to be using the internet then an adult would be with them to make sure that they know where they surfing and what they are reading, or is that too easy. Keep up the good work, your narration is splendid.

Keep blogging mate - its your blog post what you like, likewise people can give comments - you don't have to react to them unless you want to. FWIW we moored up on the stratford last year and within minutes connected with an awful smell. My fried who was from farming stock soon diagnosed a dead sheep on the far bank - what a smell. We moved up wind and watched a couple of other boats moor up then move on.

Well handyspanner
I do agree with what you say.I will not put the pic back on as everyone knows what it showed.
Also in future i will publish as i want.

Nev
Thanks for your comment. Freedom is what my water life is about and is also my right to publish.

In line with my comment the other day in respect of PC and the ongoing effects, the attached link from todays BBC I think is another point:
http://news.bbc.co.uk/1/hi/health/6324129.stm
It will not be long before we will have everything we say and do santioned, so as not to cause "distress".

Hi Les
It's your blog. What you put in it is your choice. I think it was a wrong decision to remove it, but then as I said it's your blog.