LOCKING UP, LOCKING DOWN, A LOT OF WINDING MAKES THE WATER GO DOWN

Locks and more locks, oh the joy of boating. Still i don`t mind them realy, just something that has to be done and my motto is "if i don`t get there today it`ll be tommorow" Why rush i`ve a lifetime ahead.
Lapworth was 18 with 13/14 quite close together. Hatton was 21, then 2+ a staircase at Bascote.
Shrewley tunnel at just 433yds was the wettest i have been through, the boat roof wasn`t just spotted with drips it was awash with water.
As we came through Warwick we stopped off at a large retail park and popped into Halfords for some oil & fuel filters, so much cheaper than chandlers on the cut.
At Calcutt locks (3) noticed some new marina berths being built both sides of canal. Not yet in water but rough count of jettys i would guess close on 200 berths.
From Calcutt it`s about 1/2 mile to Napton Jct. and then 5 miles to Braunston. 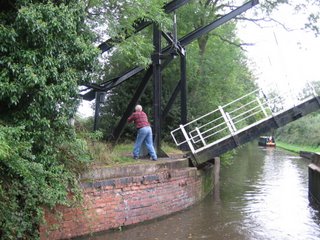 Two of these lift bridges to pass under. At both we were lucky as another boat was already at both and they waved us through. 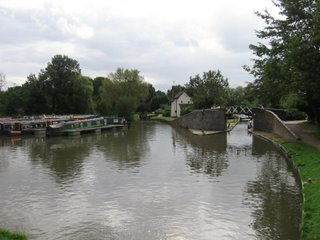 Kingswood Jct. The lock on the left by the moored boats will take us down to the Gd. Union. 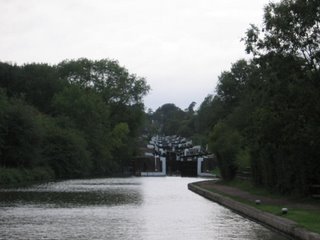