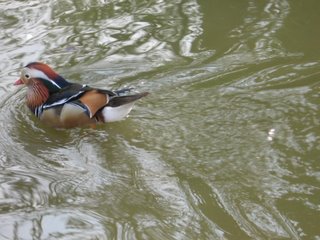 NOT A REGULAR SITE, MANDARIN DUCK NEAR WEEDON 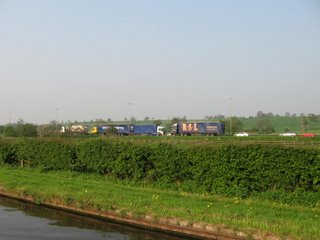 A GLIMPSE OF THE WORLD I LEFT BEHIND 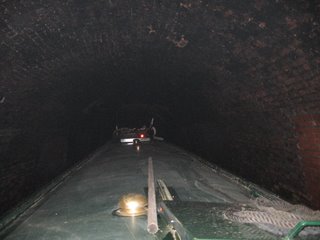 Teamed up with a guy name of john who like me is heading to the Crick show and we decided to share the locks and a few pints we left cosgrove and stopped overnight at Stoke Breune. Had a nice meal and a couple of pints in the boat inn and got chatting to some retired coppers who were stationed where i was born and dragged up in paddington. They were we discovered from the barman were all masons and hold meetings in the upstairs function room. After a late night in the pub which ended by chatting to the father of the two sons now running the pub who had popped in for a glass or two it turns out his g`mother originally bought the whole site for £4,000 and the business had been family owned since the mid 1800`s. So off we go a bit late after a needed lie in into Blisworth tunnel. This after my fears of meeting boats coming the other way turned into a great trip. Three boats came towards us loads of room to pass, well not that much but no problem.

We are now moored at Buckby so a couple of miles down the cut Braunston tunnell, can`t wait.

Oh well it wasn`t to short a blog but tired now so be safe fellow boaters and have a good day at work tomorrow all you other readers.

Hello, It wass great to read your posting as I have traveled this part of the canals in 1990. Stopped at the Boat Inn and very much enjoyed going through the Blisworth tunnel. When I was traveling this part I remember stopping at Bugbrooke and at Buckby. Have a great time. Best wishes,
Mark