"It is so cold outside I just saw a teenage boy with his pants pulled up. " ~Anon

I woke one morning last week to find ice on the cut! The porthole windows which are not covered in plastic had ice on the inside and the bungs, or upholstered covers that fit in the window to block the light, were frozen to the glass. The cut was iced over too, and the sliding window across from the dinette was frozen shut. I do believe winter has arrived.
I was cozy and warm in my double down duvet nest last night. I went out fill the coal bucket and took stock of the frozen world. The mooring ropes were covered with a filigree of white frost and frozen stiff. The solar panels were generating energy despite being covered with a rime of white ice crystals. I cleared them off, filled the coal bucket and returned to the relative warmth of inside. I fed the fire and brought it back up and soon its rosy red glow filled the glass of the stove. I had breakfast, dressed for the cold, and set off at 11:30 when the warmth of the short day was building. I didn't take any video of ice breaking but you can get an idea of what it looks and sounds like from this video:

I was the only boat on the move and it only took me two and a half hours to make the run though the ice from Poynton to Bollington. As I cruised along I was reminded of the first time I broke ice with NB Valerie.
It was mid-January 2016 and Les and I were moored up at Radford Semele on the upper Grand Union. We were trapped in the Five Mile prison as he termed it, by winter stoppages at both ends (from Radford Bottom Lock at the south end, to the Hatton Fight at the north end of the upper Grand Union through Warwick) and we had to stay there because I had my first knee replacement surgery scheduled for January 26th. We had planned to turn the boat and move it up to the pedestrian walkway opposite the hospital the week before my surgery. What actually happened was that Les' stoma became blocked and he took a bus into the hospital A & E in agony. They kept him for four days and in that time the weather took a turn for the worse and the canal froze over with two inches of ice. NBV was frozen in well and truly. I had to break her free and move her to our intended destination--not only for me but for Les. I didn't want him traipsing around on public buses after coming out the hospital. It took me three and half hours to make the run in 30F weather and bright sun from Radford Semele to the bottom of Cape locks, fill up with water, manually turn the boat, and break more ice heading back to moor up at the pedestrian bridge. Tesco delivered a grocery order to me an hour later and just after 4 pm I walked across the bridge to visit my Best Beloved. He was gobsmacked because I didn't tell him what I was planning to do--I just did it. I knew if I told Les beforehand he would fret and worry. We walked home to our boat the next afternoon as soon as Les was discharged. 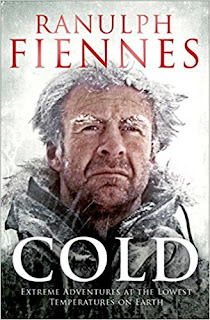 Hmm yes winter is coming. The narrow boat cracking ice on he cut reminds me
of a Canadian ice breaker ship. Now the ice on open water gets much much thicker overnight than on the cut. Same criteria though, break ice with the bow or in thick pack ice ride the bow up and on the ice and the weight of the ship breaks the ice to open to water. Hopefully the ice this winter shall stay relatively thin. Then again narrowboats have more or less flat bottom hulls which often means the narrowboat will ride over the top of the ice hoping the weight of the boat will break the ice and not the hull.

Quick request; when signing off on your blogs would you please note your time. i.e. GMT I know, however for those of us living elsewhere it would be nice to know. what time you is and as opposed to us who read your blog.

Your tenacity and perseverance never fails to amaze me. Your posts are always full of interest.
When you see James and Amy tomorrow (they are still ‘the ducks’ to us) please tell them the Herbie send their love and hope life is treating them well.
Kath (nb Herbie)

I will do my best to try and remember to include my time when posting to the blog. You and I both know and understand ice--coming from geographical areas with COLD winters. I can well imagine the incredible noise made by Canadian ice breakers on the Great lakes near you as they plow through very thick ice and the ice cracks, and then is shoved in chunks and thick plates up and over each other.

In Alaska we day we have three seasons a year: summer (which was really more like a very warm spring elsewhere; we don't really fave Autumn which would be called Fall because in the North the leaves all fall off the trees at once over a period of about three weeks. Then we have winter which can last nine months, and Breakup--which is when the ice begins to thaw--especially on lakes and rivers.

The Nenana River Ice Classic is about the only legally sanctioned form of gambling in Alaska. It is a is an annual ice pool contest and a fundraising event in which individuals attempt to guess the exact time the Tanana River ice will break up at Nenana. Tickets are on sale from February 1 through April 5 of each year throughout Alaska. The Nenana Ice Classic is a non-profit charitable gaming organization.T he proceeds benefit many volunteer and non-profit organizations.

I hope you made it back safely to NB Serena and you both are staying warm and dry. Having been born and raised in Alaska, I have learned to be prepared for tough weather.

Thank you! It is Welsh stubbornness and determination from my grandmother Lilly George, which has been honed by being born and raised in Alaska. That old saying, "Do or die" comes to mind! There have been many days this year when I would have gladly given up on everything including breathing but it simply isn't written into my DNA so despite how I might feel at any given moment I know the only thing to do each morning is to swing my feet over the edge of the bed, plant them on the floor, take a deep breath and begin plowing through my day.

Amy and James send their love back. They are blossoming at Bollington Wharf, surrounded by other like minded boaters. Thanks to Ann Marie and Ian the wharf has been rescued from dereliction and their eye to hiring talented young people is literally bringing the wharf alive again. People like Amy and James are the future of the cut and it is such a privilege to know them.

You and Neil stay warm and dry and take good care of each other--oh and have a Merry Christmas,

Thank yo Carol! I'll take them all.