My original return date was Aug. 16th a date plucked out of the air to keep the USA immigration happy. Perhaps in hindsight it might have been better to have made the return date nearer my visa expiration of Sept. 9th but at the time I thought August would be fine. So 230 squids lighter and i have a B. Airways flight Seattle-London direct. We then booked Jaq on the same flight and sorted the seats near the rear in the 2 abreast section, getting boaty , breasting up!.

Hands up anyone who thinks air fares are as confusing as train fares. First let`s just explain that we have different tickets in that my ticket ends in the UK but Jaq`s is for a return to the U S  in April 2012. This came about because Jaq returned with me in May for 3 weeks so we both have returns starting each side of the pond.

Now the price we paid for Jaq`s return has gone up 50 pounds since we booked it 7 days ago which i can understand, supply and demand, more people wanting fewer seats. What i don`t understand is why can`t we get Jaq a single ticket at a reasonable price then we both land in the UK equal,  i.e. no return part of our tickets.

I tried Brit. Airways (US) and the extra cost for  single against return was $320. Also tried a UK  based Internet site( E Bookers.com) and the difference was 194 pounds sterling so we now have Jaq with a ticket for April and i`ll need to get on the same flight so we can return to see her kids both little and grown up and this ticket fiasco will continue unless we pay to change it.....why should we. 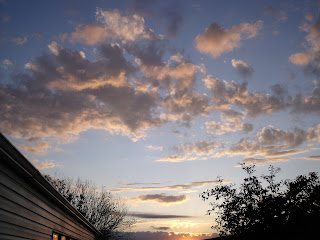 Comments like the one above make me laugh and usually i just delete them. Why do people bother, if something troubles you comment about it but keep it clean and i will probably publish it. Oh and why hide behind the Annon.

Excuse me for being thick - but does that mean you are returning on 9th sept then? About clear as mud in your posting!!!!!!!!!!!!

Hi Tina
Sorry about that it must be the 86-93F temps that have softened my brain. We are leaving Wed 7th and landing UK Thursday 8th

err? and Duh?. Little things please little minds eh!!! I think we both know this is one of two people that i can think of eh!!! What sad little lives they lead.
Anyway, can't wait to have you both back home xxxxxx

It will be good to be home and see all of you too.
Jaqxxx