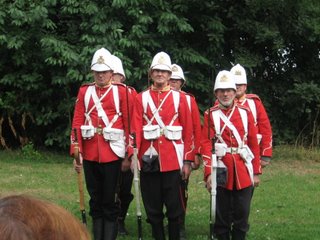 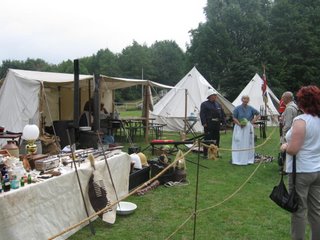 On a field at the side of the canal jct, the members of the North Staffordshire Victorian Military History & Research Society had set up a victorian camp as the Staffordshire 80th foot regiment. They were camped all weekend in conjunction with the museum free admission and the mill engine in steam. They performed various drills and gave a firing display. Also the units armourer gave talks on the many weapons on display as did the women folk on the cooking facilities in camp. All taking part wore dress of the period. 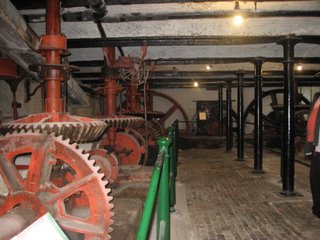 At the jct. of the Trent & Mersey and Caldon Canal the Eturia Industrial Museum has been established. The museum also includes access to the steam powered bone & flint mill situated at the rear since 1857. The mill ground bone, flint,stone for the pottery industry.
On the way up to the Caldon i stopped off at the Wedgewood pottery factory. On site was a visitor centre/museum and the visit included acess around the factory to see how pottery of all types was made. In fact so close to people on production that questions could be asked, although most of the questions were answered on the handsets issued at the entry point and requiring only a number at each location to be entered and a commentary could be heard.
It was here that i learned that bone china actually contained a high bone content. I have not in the past given a thought to the china in the kitchen. Learning all the time. Wonderful.
Posted by Les Biggs at Tuesday, August 15, 2006