MORE IN THE PARK

Marble Arch at the jct. of Oxford St. & Park Lane was once the site of public hangings upto 1783.These two busy roads were once named Tyburn Road & Tyburn Lane.
Hyde Park was aquired by Henry Vlll from the Monks of Westminister in 1536 for hunting.
In 1690 Rotten Row, that runs along the south side of the park , was created to link St James & Kensington Palaces.
In case you read the last blog and thought Hyde Park natters were some rare bird i can assure you they are in fact the many people stood on their step ladders who spend sundays nattering to anyone who will listen. I wonder how many of the many nationalities speaking here could do the same in their own country. Long live freedom of speech.....within reason. 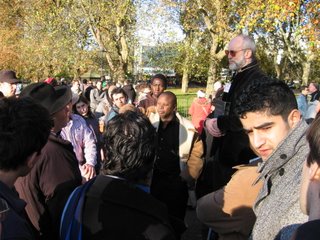 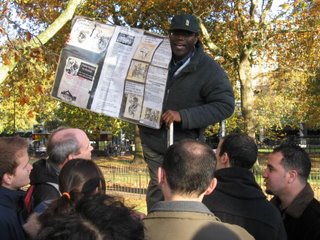 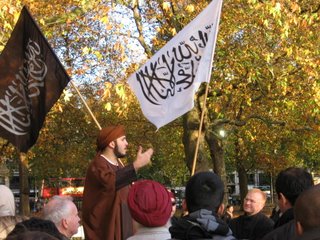 Speakers corner started in 1872 Home to the Hyde Park Natters. They can say almost what they want with the exceptions of Blasphemy, Obcenity or anything likely to lead to a breach of peace. The latter covers a wide spectrum. 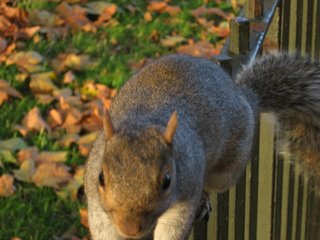 This cheeky fella came running along the railings every time someone walked by. I saw someone hand feeding it peanuts so i suppose he now associates people with food. 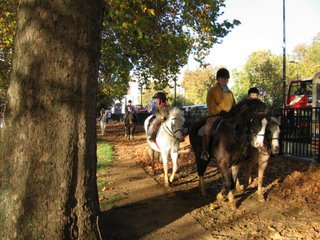 Horseriding is very popular in the park. Just to the right is the busy Park Lane and left 350 acres of park. Get into the middle of the park and you wouldn`t think you were so near the hustle and bustle of london traffic. 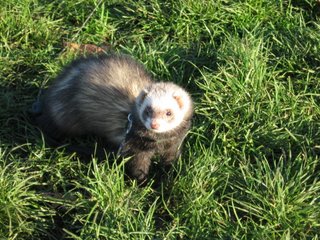 just the place to walk your Ferrett 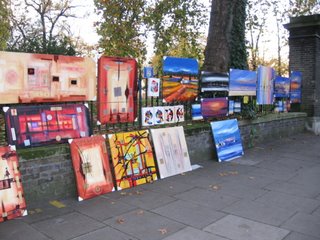 All along Bayswater Road that runs alongside the park from Marble Arch artists hang their art on the railings to form an outdoor sales gallery. Some i thought very good but some.....well i suppose it was modern art. Still we can`t all like the same thing can we.
Posted by Les Biggs at Friday, November 24, 2006