We have just recently renewed our boat insurance with Towergate Mardon and if like me detest having to phone 0844 and 0870 numbers get your pens out. Just for our U.S. readers these numbers are chargeable as they come outside any included numbers in your cellphone contract and long calls can be expensive.
Two numbers for you 01242 531172 or 03301231946.  I did have numbers for last years renewal but as Towergate have moved premises these became useless. 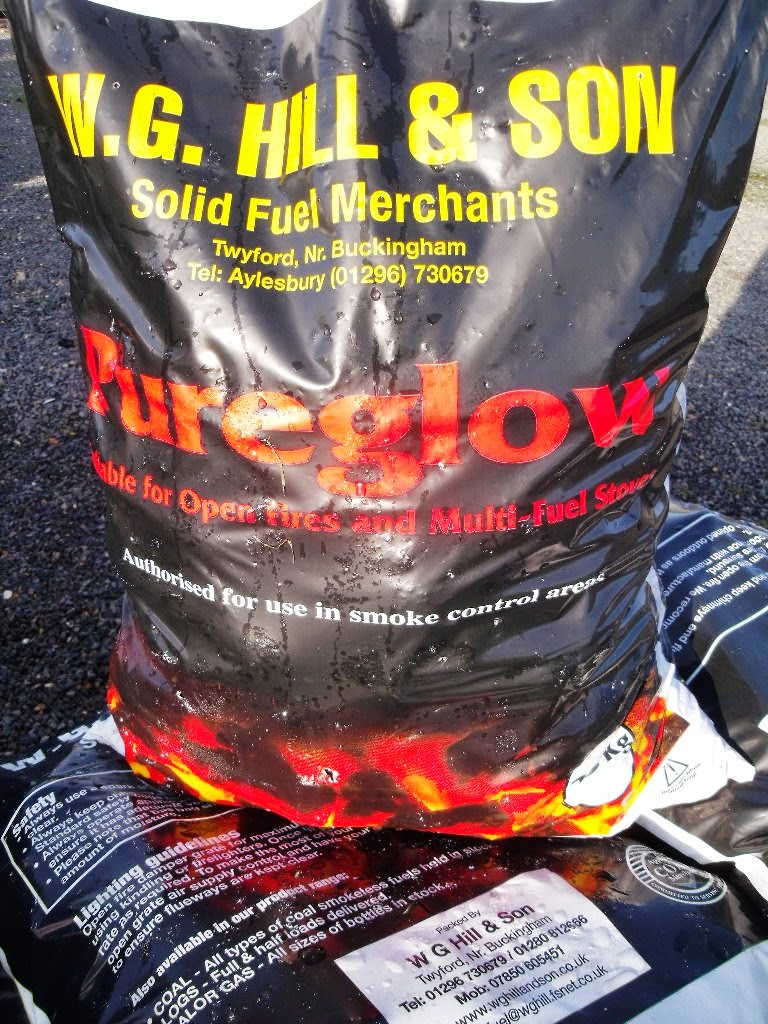 While in Cow Roast marina we were buying smokeless fuel called Pureglow. Now this at first was very good giving plenty of heat from nuggets I would say were equal in size to Supertherm that we always purchased from our usual fuel boat. Before we go any further I must point out that having purchased very large quantities of Supertherm from the fuel boat over the years all have been 100% consistent in quality.
The Pureglow however has lost it`s initial consistency and the contents have been smaller nuggets and a lot of broken pieces of fuel none of which gives anywhere near the heat of the usual Pureglow. Up to now we have come across 3 below standard bags from a total of about 15 bags. 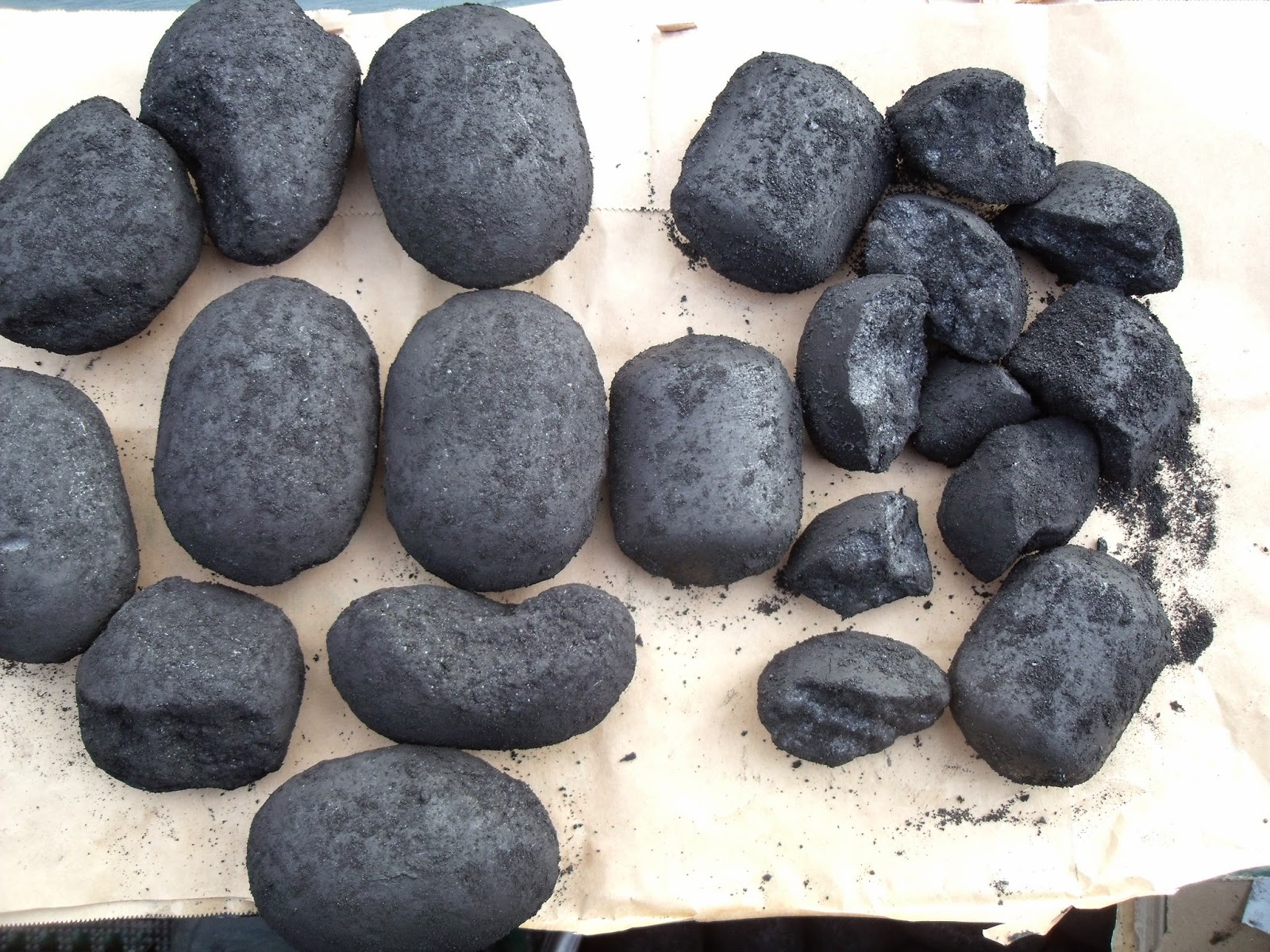 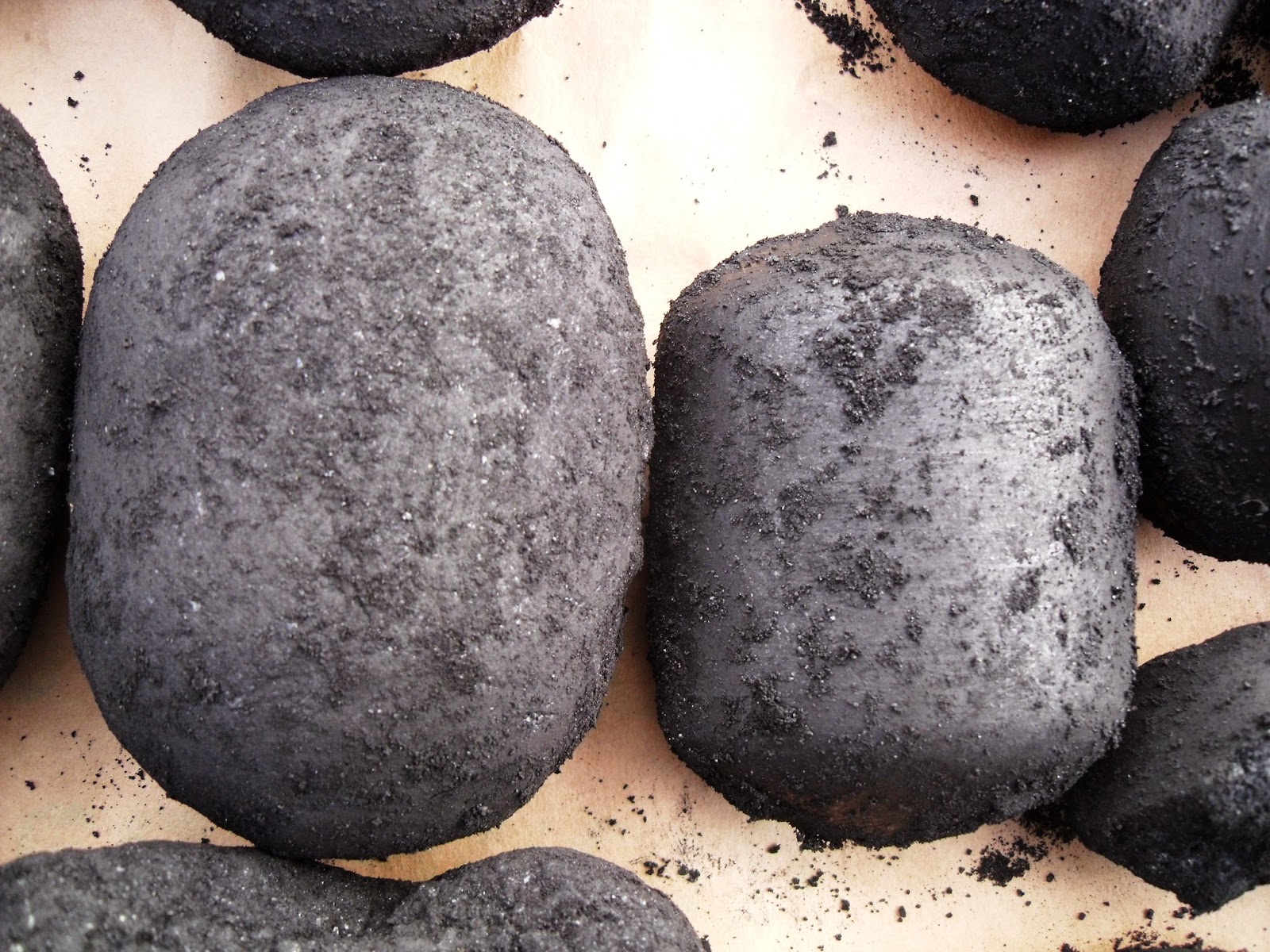 Above are the two different fuels appearing under the Pureglow label. On the right are the smaller nuggets and the broken pieces of fuel. To the left the usual Pureglow with as can be expected some smaller misshapen pieces but not like the contents on the right.
Note also in the centre and in close up to the left of this text the two very different sized nuggets.
Anyways now we are back on the canal we can once again take advantage of the fuel boat coming alongside and selling us some decent smokeless fuel.
I did speak to one of the owners of the fuel merchant that supplied the fuel to the chandlery. They do not manufacture the products but they do bag them. The Pureglow has been subject to a binder fault causing the heat shaped nuggets to become broken during the many times the bags are handled before reaching the boater.
He also confirmed the fuel pictured on the right in the pictures is Pureglow.

The small nuggets are in fact Pureglow but the larger are he says Supertherm a more expensive product that has been included at extra company cost to keep their customers supplied.

Just to be clear the different fuels have never been in the same bag. Some bags have been solely the large nuggets, they say are Supertherm, whilst other bags are just small nuggets and a lot of crushed fuel some so crushed it is one step from being dust. I have been pretty generous in picturing the crushed stuff, perhaps I should have included a handful of the minute stuff that ends up in the bottom of the bag.

My learning from all this is never buy Pureglow because even when the manufacturing problems are solved it gives out little heat. I did think it strange when first buying the Pureglow that it performed so well as it is after all a budget priced fuel but kept buying it as it did the job, now I know the answer.

We are left with two bags of S Pureglow that we will burn during the mild days and revert to the good stuff now obtained from the fuel boat in the colder evening/night.

Hi you two, Have just seen the photo of you both with Jan on Tom and Jan's blog - you are looking very well! Lovely to see, friends.
I asked David re renewing the TM insurance and he had phoned from here in NZ - I thought he may have renewed over the net, but apparently not.
Have just had brekkie after finishing (finally!!) the kitchen painting this morning - started at 6, finished at 9. It's a lovely sunny day here so I will try and get out in it for a bit.
Mxox

Those lumps remind me ofcharcoal briquettes that one would purchase to used in a BBQ for outside cooking. And they too can be variable in heat. These dayas most anybody who does out BBQ uses tanked propane or are connected to a natural gas source in their residence. Briquettes can be messy.

I don't have a BBQ, unlike many of my neighbours who continue to use devices outside in the dead of winter; critters with an eye is not always something I enjoy having for food.

Hi Marilyn,
Sorry to take so long to answer--those three courses and the new online learning platform are taking a LOT of time.

It was a delight to finally meet the "other" Kiwis! I will try and make time to visit your blog and have a good catch up.
Love to you both,
JaqXX

Hi Bryce,
I have to say BBQ is a summer event to me and involves huge fillets of King Salmon cooked over briquettes and dabbed in BBQ sauce. Mmmm! Otherwise it hardly seems worth the effort especially as research has shown the black-brown burned bits contribute to a chemical change in our intestines that turns on cancer genes in the colon.
JaqXX

I started using Super Therm when we first moved onto the boat last year and were very happy with it. When we mooved to our winter moorings they had run out of Super Therm so we got some Pure Glow. Personally I found it to be better on two counts. First it produced a lot less ash so didn't choke it's self during the night so stayed in better and lasted longer. An if you got to the point where it died down to just a few hot coals it would catch again better after adding more coal. I do agree however that there has been a little inconsistency between some of the bags I have had in the amount of heat, although always good, and the amount of broken nuggets in the bag.
Was interesting to hear your suppliers comments.