Looking back but thankfully to the future.

Many thanks for all the good wishes coming through by different means including the chap who scurried across a field near Yelvertoft to wish me well. Sorry but I was so taken back to hear you say my name and hope all goes well on Wednesday and Friday I forgot to ask your name.

Sorry not to have blogged lately but we moored a few days near to Crick Marina for transport reasons and the signal both phone and Internet was almost non existent.

Looking back,  and may I just say I feel very fortunate being able to, over the past year or so has been like climbing a very high ladder.  I, can at least look back but my GP- Dr. Lewis- sadly at 50 years of age passed away 2 weeks after referring me to the hospital. Another soul visited by Mr. C back in the 1990`s and having survived then to be taken 23 years later quickly and by complete surprise.
He told me because I asked and he could see that I could handle it that it was almost certainly Cancer and what would be the probable course of treatment. Dr. D. Lewis started his medical life as a surgeon and decided he preferred not to cut people open and became a General Practitioner.
You bastard Mr. C. you can`t win forever.  R.I.P David and thank you.

At this very moment I feel at the top of that ladder having slipped back the odd rung at times and have now just to step off to end the long hard climb. That step will be the final surgery to reverse the  Loop Ileostomy that has been a constant companion for the last 10 months.

Back in October last year the talk was of 3/4 months and the Ileostomy would be reversed. Then came the surgery and the discovery the Catheter would not fit where most of us men wear their post surgery hardware and so the time stretched on till now after another surgery to open up the Uretha track to the bladder. Pretty straightforward, the nurse holds it tight and the surgeon drills down with a Black and Decker driving a 10mm drill bit.while you lay there awake! Ok I`m joking about being awake and the Black and Decker but the Anesthetist said dream of something nice so I`ll leave the nurse`s part in the story.

Wednesday was the pre-op check up that was I learnt requested by the surgeon in July. All the usual stuff ECG, MRSA screening, past medical history and some strange questions like how many pillows do you need at night. If they are thin then 3, thick maybe two although if.......I was tempted but just said with a smile, two. A quick chat with the Pharmacist and away I went clutching a form for my blood test that has to be taken within two days of the admission date.

Friday was the surgeon`s clinic where he explained about the 1 hour surgery that would reverse the Ileostomy. When was the thing most on my mind and it seems it could be two months but asked if I was willing to accept a short notice admission date. Having said yes he proposed that it could be much sooner but all surgery depended on urgency and like mine last year Cancer takes priority and because of it suddenly appearing timing can be disrupted. I need to have a C.T. scan shortly as they want to keep a regular yearly check on what is or preferably NOT going on inside my outer casing.

So once again we find ourselves suspending our cruising and turning back to Watford or at least Cow Roast in anticipation of an early appointment. Our plan all along has been to winter around Llangothlan and the general area including Chester and Nantwich. Looking now that our plans might yet just work out. 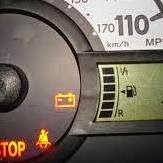 On the Wednesday I used the train for the pre-op appointment but on the Friday Jaq and I hired a car to visit family before and after the surgeon`s appointment.
A little 998cc Toyota Aygo was all it needed to whisk us down the motorway and at £24 ($38) plus petrol it was cheaper than two of us on the train. Stupid thing was the fuel guage it read two, lets say notches, and I`m thinking that will get us there.

So off we go and only just 10 miles later just as we turned onto the motorway (freeway) the low fuel alarm started having a meltdown and my notches were no more. Ended up in the next service area paying extortionate prices mostly upset because I finally thought I would get a chance to use my Tesco fuel discount.

Having a moan back at the hire base as it ended up being returned with 3 notches, sounds like a gunslinger story, the manageress gave me a quarter tank credit note for next time. As the car needs to go back with the same amount of fuel in the tank these modern gauges are a pain. I loved the old style guages with clear graduations showing just how near to or from empty your tank is.

The cars tank capacity is 7.7 galls (9.24 US gallons) and with six notches I guessed two should have been around a third of a tank 2.5 galls or being generous lets say 2 galls. Should easily have traveled half of the 160 miles we completed that day.

Very best wishes for a speedy and successful Op...keep us informed through the blog as we are rooting for you mate.
X Lesley and Joe

Hi Les and Jaq
That was me running over to wish you good luck as you left yelvertoft.
If I realised it was you at the services I would have come to see you there.
Glad the visit went well and good wishes for the remainder of your treatment.
Colin and Sandy, nb'Heddwch'

Hi Les, It seems as though you and Jaq could be pretty much anywhere on the canal system and able to get to London for your op at short notice, eh? What with cheap rental cars and good trains, you can roam around as much as you want till then!
I'll be watching to see when your op is scheduled. In the meantime, have a lot of fun on the cut. Hope we'll see you before we head back to NZ this time.
Big hugs to you both, Marilyn (nb Waka Huia)

Hope you get scheduled for the surgery very soon so this can all be a memory!! So sorry to hear about your doctor - how ironic!!

Hope you enjoy the apples! Should go well with your blackberries....nice to chat with you today, Jaq - give our regards to the other Jaq when you next speak.

Hi Lesly and Joe,
We will indeed keep folks posted via the blog as events unfold. we've been told the surgery will take an hour and while major, it should be straight forward, so, fingers crossed!
Love to you both,
Jaq and LesXX

Hello Colin and Sandy! Wish we had hooked up earlier for a cuppa and come cake. If you ever see on th cut again please do give us tap on the door. We'd love to chat. Thanks for your good wishes mate. It is very touching how many folks read our blog and let us know they are rooting for us.
Take care,
Jaq and LesX

Hi Marilyn,
Les is great at sussing out how to get from point A to point B via the various modes of transportation. AS a foreigner I find the bus schedules incomprehensible and the train schedules little better.

We just came off the Leicester arm and are back at Nether Heyford for a few days to split some wood, bake some bread and take on some go juice when the fuel boat come down again.

It would be lovely if we could meet up before you head back to NZ.
Jaq and LesXX

Hi Bear! Life is full of irony isn't it? Dr. Lewis was the only doc of the four at this surgery as they call doctor's offices over here--that I liked. Les said Lewis didn't look ill when he saw him for the appointment last August. Very sad indeed.

Thanks for your loving care and good wishes. They really do make a difference.
Virtual hugs and tons of real love to you and Jeri,
Jaq and LesXX

Arthur,
It was a lovely surprise indeed to meet you. those apples are gorgeous and we will enjoy every bite. Thank you so much for the chat and your thoughtfulness. Message to Jacquie has been passed on.
Jaq and LesX