A cut down video of our trip through Tring Cutting on the Grand Union Canal. The only solid structures are a couple of bridges and some boats. No houses to be seen as we cruise through the trees lining the cutting sides that in places are 30 feet above the canal.
Towards the end a Heron does what herons do and flies ahead several times before it gets brave and allows us to cruise by. 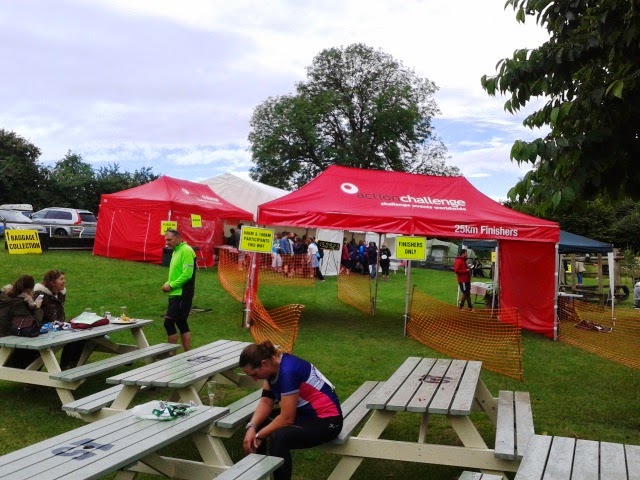 Just in case anyone noticed the huge crowds of walkers and runners along the towpath on the southern end of the Grand Union canal it was not surprisingly a charity event organized by Action Challenge.
The route was from Paddington to Bletchley and gave several start points and varying lengths of 25-50-75 and 100km. For the mature Brit and U.S. readers this equates to 15-31-46and 62 miles.
Tring (pictured right) was a rest/finish point that offered refreshments, toilets,first aid and massage services.
Also if you seemed to think there were a lot of folk walking the towpath through the night it was the Watford to Bletchley 50km/31m moonlight walk that set off at 10p.m. We heard people going by at 2am.
Participants have to pay to enter and pledge a minimum donation to their chosen charity. Action challenge I guess operate as a business but charities get funds which they need. At least the charity will get funds immediately unlike the people in the street who try to get passers by to set up direct debits to a charity. The charity will not see a penny for months sometimes longer as the company keeps the payments to cover costs and while I`m at it how can people be so daft and give a stranger in the street their bank details.
Chuggers is the name for these folk and I`ll let your fingers do the Googling.
Posted by Les Biggs at Monday, June 30, 2014

It is lovely on a summer's day indeed; the Wendover Arm is next and I truly love it down there.
Jaq and LesXX

So very peaceful and restful on this
July 1st, Canada Day. Loved the music and tinkling I assume of a"mobile" with the wind blowing through same. Let's see the captain
at the tiller, (nice photo and wave) the first mate at the bow doing the photography. Maybe do some more of this at some point in the future?

Hi Bryce
Must do some more. Video brings the canal to life for those of you far far away.
Les