Nash and Apsley, then and now 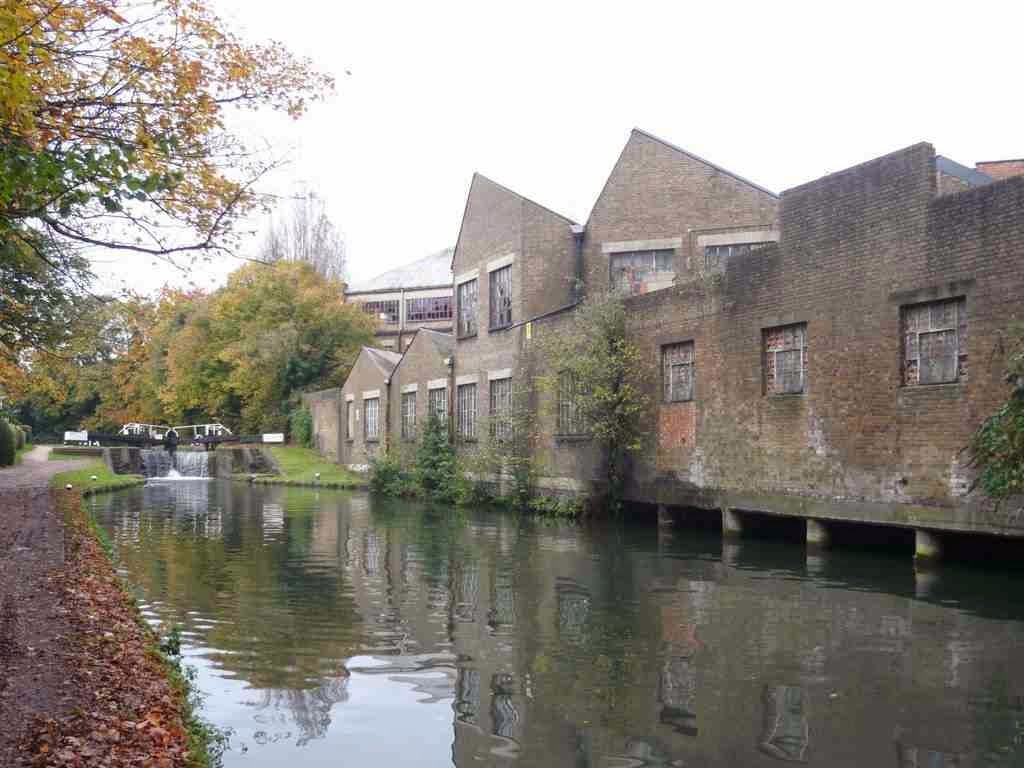 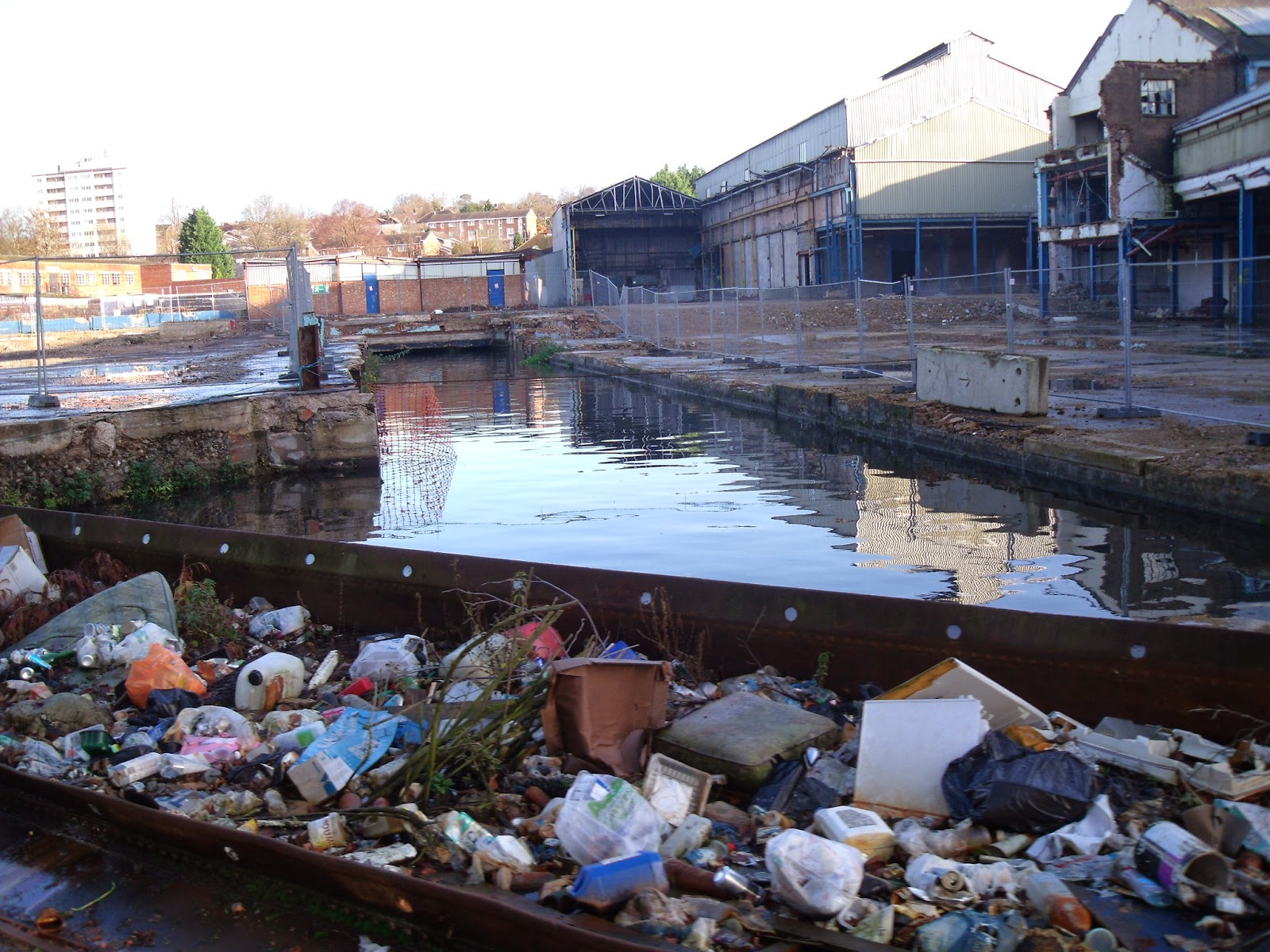 On the left is the loading dock that was built over in the 1960`s. The dock did go further into the site as can be seen on the Google picture (right) taken during demolition. Above, the loading dock entrance is marked by the concrete piles. There has been a watermill here on the River Gade since the 11th century, now it will just be housing. Sad that so much history is being wiped out. Just one building will remain converted into flats and that is Nash House former home of John Dickinson used in later times as offices.
A lot of reading containing diagrams and illustrations about Nash Mills can be found HERE.
Another interesting page showing the developers culverting and diverting the dock and opening up the below ground water channels is HERE. Money well spent as the new `waterside` housing will command premium prices. They will have canal side housing and by exposing the river they have even more money making sites. Architect has earnt his money on this site. 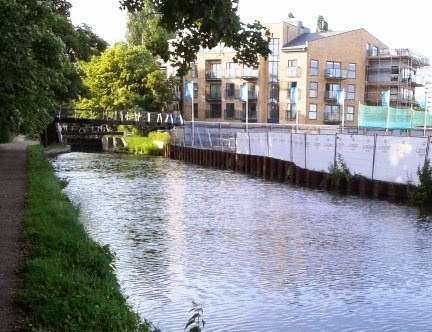 I have this water lot which I can sell you for a really good price in Florida!

Looking at the Apsley and Nash Miils
plans all I can think of is a water lot in Florida!

Hi Bryce
is this something like when the Americans thought they had bought Tower Bridge.
Is this wonderful Florida site going cheap? Perhaps every home has it`s own family of `gators could be a selling point.
Les

Such a shame...fine old buildings, lovely windows....... Not quite caught up but Zebedee calls....xxA