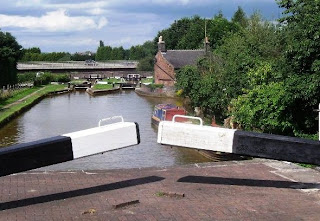 This section of the Trent and Mersey canal is known as `Heartbreak Hill`. Over 6 miles or so 25 locks are encountered. Personally with all the time in the world to travel the canal system I suffer no heartbreak. I expect in the days of working boatmen the large number of locks was an obstacle to overcome in delivering the goods on time so i can understand the name if they indeed named this section. I thought they called them Cheshire locks so maybe `Heartbreak` is a modern day term. 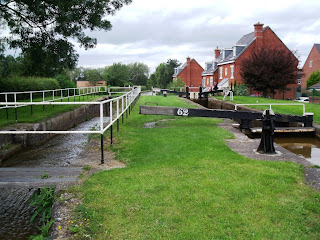 Mostly the locks are paired single locks. U.S this means a single boat can use either lock. Some like the one above has no gates and is used as a by wash. 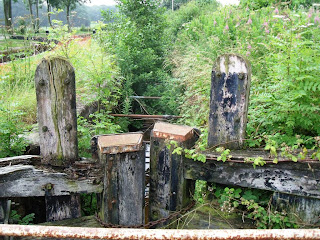 Others like this one have just been neglected although I have seen some  that were on previous trips un-usable but now are fully functional. 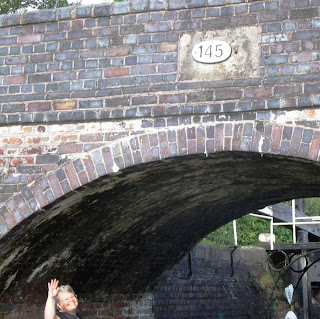 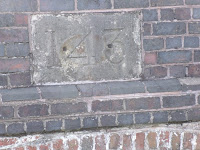 This to me is a blatant example of erasing history in fact almost as bad as the demolition of canal side buildings. Why does the original stone bridge number not just have a modern metal plate fixed into it`s masonry but also re-numbered. There must be, and Milton Keynes is in my mind, plenty of extra bridges built over the canal over the years that have been numbered with just an `a` added to the previous bridge number. Milton Keynes being a new town has many new bridges and from memory a,b,c,d,e have been used. So a lot of expense for new numbers when perhaps an `a` and `b` here and there would have solved the problem. One of the metal plates has been removed perhaps by a disgruntled boater like me or perhaps someone who lives at 145!