Our five seconds of fame and that battle continues.

“In the future, everyone will be world-famous for 15 minutes.” Andy Warhol’s famous quote predicted fame’s fleeting nature in our celebrity-saturated culture

Perhaps not 15 minutes but for sure at least 10 seconds of an absolutely superb film along the Grand Union canal features Nb Valerie and her crew. I might just add we had no need to spend time in make up and we used no stunt doubles. 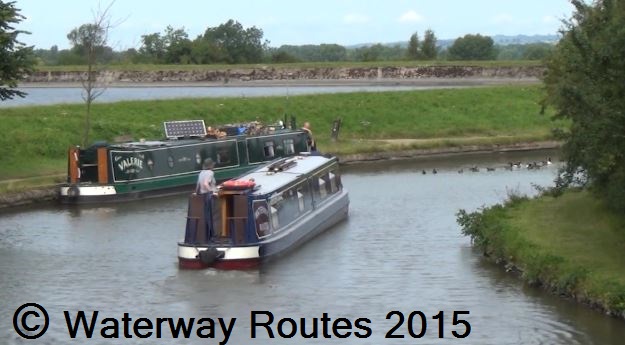 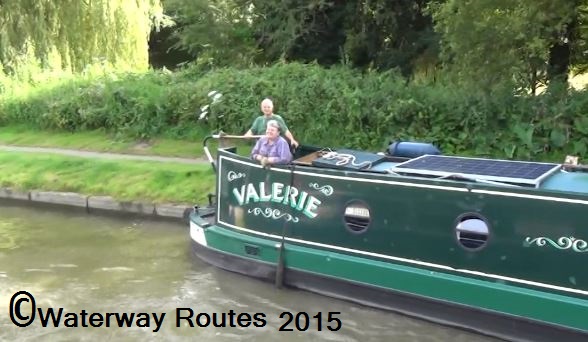 These screen shots are from the latest DVD produced by Paul and Christine Balmer of Waterway routes.
Paul kindly dropped our copy off to Jaq recently while I was off the boat. We had no idea we would be included in the final production fully expecting to be amongst the clippings on the cutting room floor.
It is one of  many DVD`s and maps available and if you look at the selection I`m sure your favourite canal will be there or perhaps the canal you cruised on a holiday hire boat. 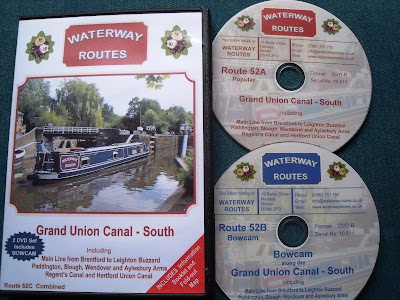 The  popular DVD is like a TV programme with commentary showing the highlights of the cruise. The latest two DVDs are Both of the Grand Union but split into North and South. The one featured here is the South version. It starts off exiting the River Thames onto the Grand Union at Brentford. Not only is the main line covered as far as Leighton Buzzard but also the arms and branches leading off.


At the London end it includes the Paddington arm plus the Regents and Hertford Union canals.
Heading away from the metropolis the Slough arm is covered and into the home counties the Wendover and Aylesbury Arms are also cruised.

We also have the Bowcam DVD that covers the whole cruise and not just the highlights. Both the popular and bowcam are 60 minutes in length so two hours of enjoyment.

A sample of Waterway Routes popular DVD can be viewed here. Sample of Bowcam is here.

The battle continues.
I went into the Royal Free Hospital on Wednesday and underwent Radio Frequency Ablation (RFA) to have lesions burned off my left lung. The procedure was successful however two more microscopic lesions were found--one on each lung. The medical team at the RFH is going to watch and wait, reviewing scans one month from now and then in three months.

From our end of things, Jaq has on her warrior's face and her combat boots. We believe the dietary changes we've made along with the supplements I am taking have certainly slowed the growth of the cancer and so far it has not returned to my liver as it is want to do in cases like mine. So we will keep experimenting on our end, trying our best to make my body an inhospitable place for cancer to reside.

It is so good to be back home. Jaq is spoiling me and I am in the good hands of the woman I love.

Well, we always knew you two deserved fame, so well done!
It's a b*gger about the microscopic new lesions. I know that between you and Jaq and the exemplary diet she has you on you will be around to drive us all nuts for a long time yet, mate!

I guess regular scans mean you won't be heading up to the L&L canal quite yet then? Our gain though as we are more likely to see you again before we head home in October.

Looked at Paul's website. Sadly the DVD's are PAL only; have no intention of changing my machinery to PAL; bu then the majority of residents of other countries including Canada have no concept of the life aboard a narrow-boat
so perhaps just as well.

Hi Marilyn
We are for sure heading north although short term plans are in place.
I can always get a train to London from near the canals just takes some pre planning.
Lesxx

Hi Bryce
It says not regional encoded so plays worldwide. Perhaps your pc might be a problem being Apple. Just not sure so suggest you e mail Paul info@waterwayroutes.co.uk tell him your system. Sorry mate I`m not to good on this stuff.
Les

The worst is over, just a couple of bits.. Thinking of you as always xx

Hi Sue
As long as no more appear but we will face it as it happens. No surrender.
Hi to Vic
Lesxx

and yea your "no surrender" indeed!
You two are in the best of hands with each other.
Glad you can keep on keeping on.
Karen in Pullman

Karen my darling
Such language for an American lady. mind you what else can you say about Mr. C
Hi to Jim
Lesxx

I've been following your blog (Les) since you began and both of you since Jaq came into your life
I'm a PhD Pharmacologist (university of Bath 1975 and 1980), and normally I wouldn't say this but I do think you should consider chemotherapy now
I've spent most of my life trying to convince people not to take medicines unnecessarily (and there's plenty who do)
this is the right time, while the tumours are small and you are fit and strong enough to take it (in my humble opinion)
there's a limit to how much you can have surgically removed and/or radio-ablated; liver will regenerate, but lungs don't and you need to be able to breathe
I'm not saying the diet etc is no good, I'm just saying chemo could help now
best wishes

Chris
I find your view interesting and have recently thought of the amount of lung surgery I can have.
Possibly I might bring this and your other view on chemo up at my next clinic appointment. As much as I hate the thought of chemo it might have to be looked at.
Thank you
Les x

Les,
Of course it is your decision, but no harm in discussing with your doctors; all your concerns about chemotherapy are valid. Only a 'stupid' oncologist would say otherwise; sometimes though you just have to weigh up the options and bite the bullet.
Btw - love the blogs and hope to see you both around the system one day...