Amongst the more interesting boats that passed recently were these two. 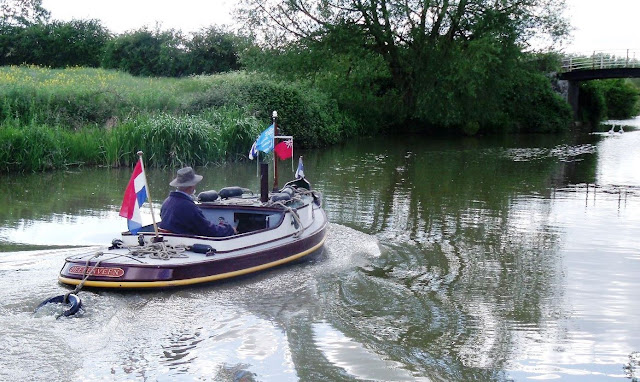 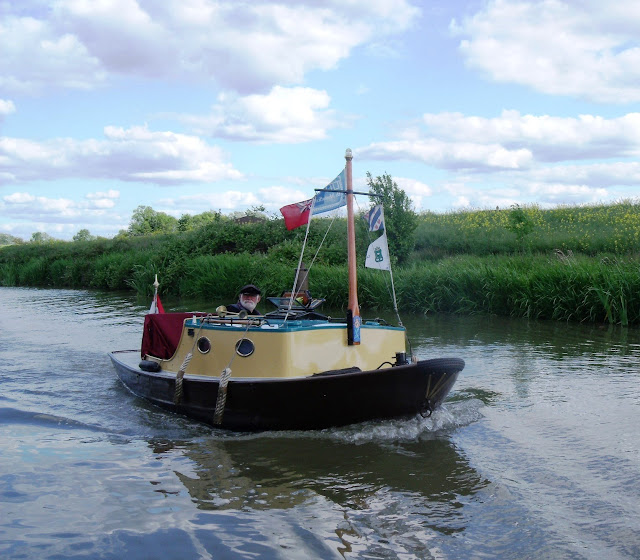 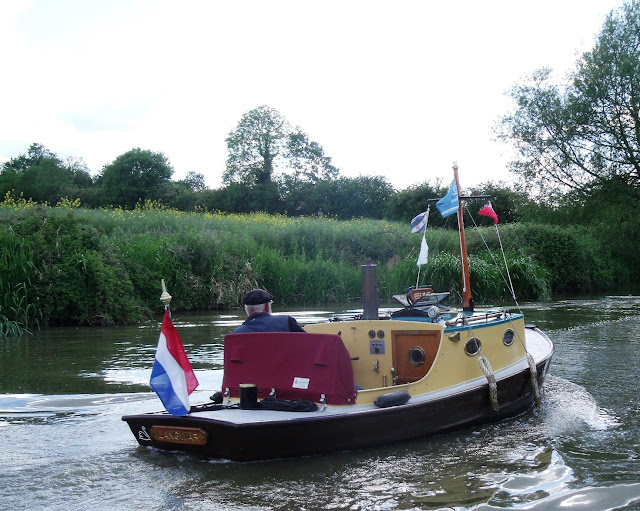 No idea of where they were going but it certainly made a change from the usual traffic. Perhaps with the French flags they had crossed the channel entered the Thames and then onto the Grand Union.


Up through the Stoke Breurne flight of locks and a vintage motor bike club had gathered outside the canal museum. 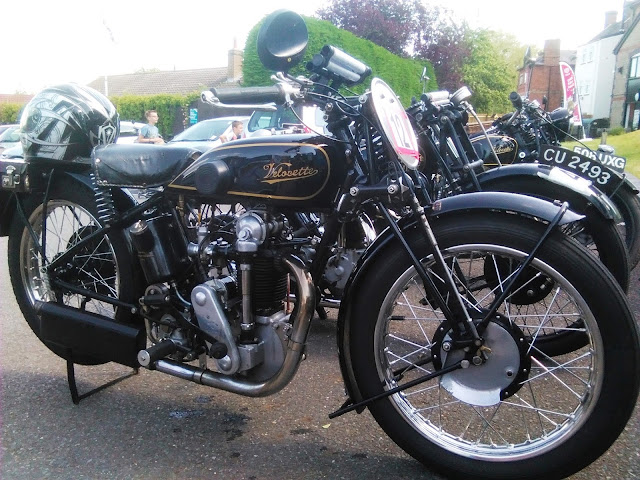 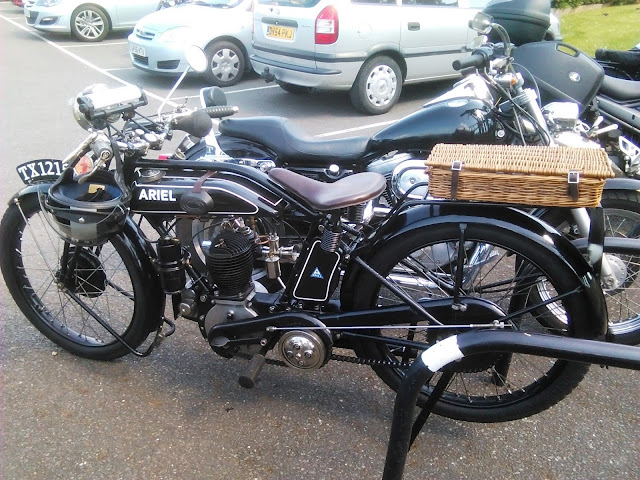 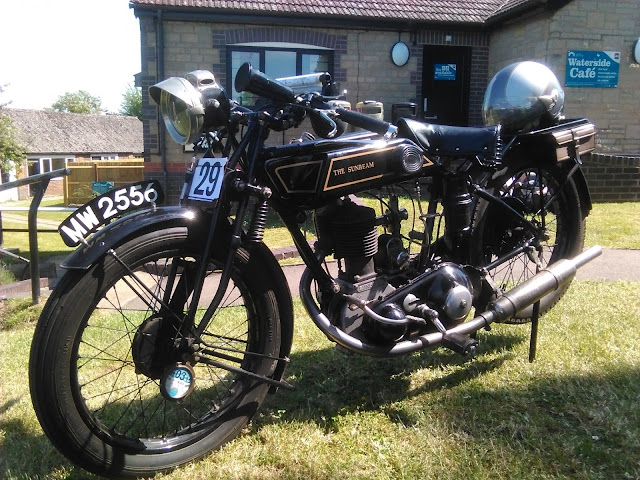 BSA and Rudge Whitworth were two others makes present.

Settled in at Blisworth for a few days and patched up some bad bits on the roof. 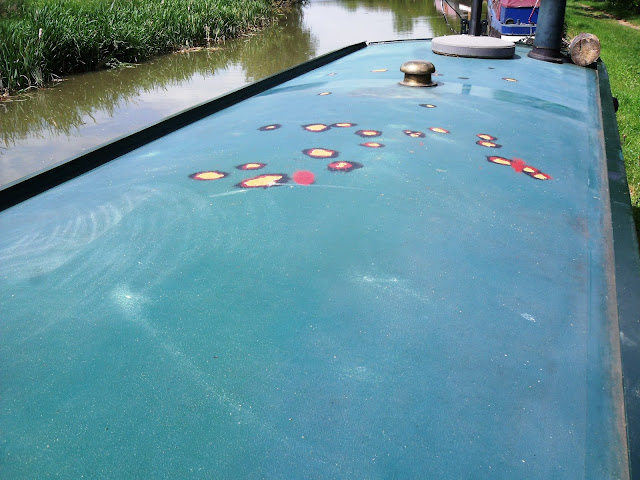 Following this prep it has had a base coat of paint. It will be having a new anti slip surface before the top coat is added. The boat painting has started properly now with one complete side having been sanded. More in another blog post. 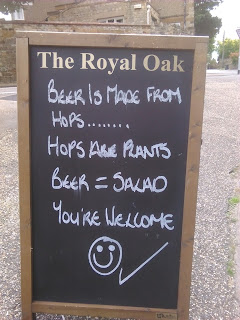 The Royal Oak pub at Blisworth
is there to assist you in your
healthy eating lifestyle. 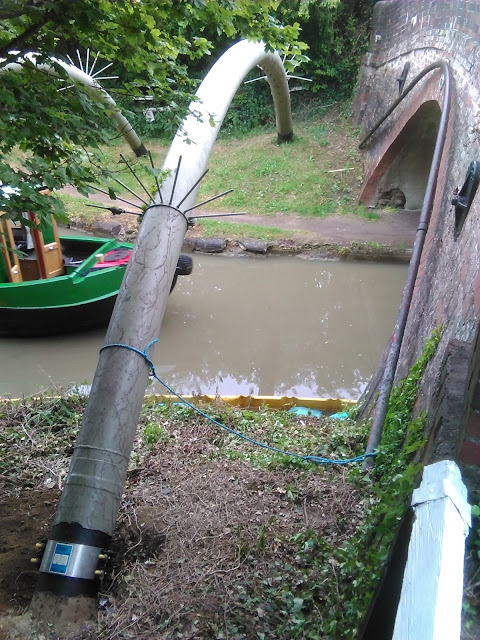 This pipe carries Kerosene across the Northampton arm at Gayton. The patch you can see is where some bright spark, although perhaps it was lucky the spark was absent, tried to tap into the supply. Not sure of the use they had for the fuel, perhaps they thought it was something different, but it caused a canal stoppage and the evacuation of the nearby marina. LINK  The air was full of the smell even a week later. 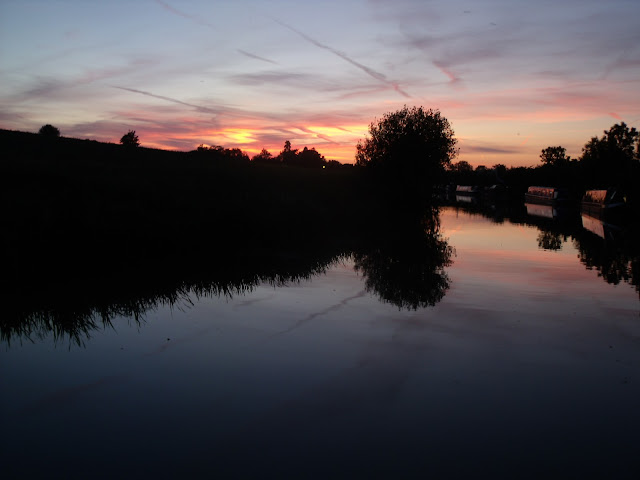 Another day draws to an end and as happens often across the canal system we can sit out on the bow and watch the Bats feeding on the flying insects.

Those little boats look like they're hardly big enough to contain their captains! Is the damage to the roof from the wind genny? Can't wait to see the pics of the new paint job!
Love you both 1000 Swedish Fish!

Hi Jesse
No the wind genny was at the rear end where the new wood box is. The damage in the picture is from coal bags being loaded on and off plus the odd long log picked up along the way.
There was some damage where the wind genny was but mom and I have fixed it.
Hi to Ben and boys
Lesxx

Oh the same two little boats we saw today at Eynsham on the Thames! I think they are either Dutchmen or Luxembourgers. The guy did say where they were from but I didn't quite understand what he said!!

The boats came over here on a wagon. I half understood that bit and they have done the Regents Canal as well as the Grand Union..

As Sue says, they're Dutch. And lots of people have spotted them during their journey, so it's been possible to follow virtually the whole thing! Lots of details here:

They are dutch push tugs called Opduwer.
I haven't seen them myself but they do look
lovely!
steph

Dutch, not French! The tiny pusher tugs were used as outboards for dumb carrying barges during the changeover from horse to motor power. There was a small flotilla on the GU a week or two ago

Well OK I got my flags wrong. Thanks for your corrections and Adam thanks for the forum link. How I missed it Jaq finds unbelievable as I am always on the forum she says.
So it seems they are over for a few weeks heading to Brum and back down the Thames. Magical, a wonderful sight.