Gateway to the countryside

Soloman`s Bridge Cosgrove is not your usual canal bridge. It is built using limestone and is one of only two fancy bridges, Grove is the second, along the Grand Union canal.
Beyond this bridge the landscape changes to fields as far as the eye can see. The built up area of Milton Keynes is behind us so here might be a good place to take a look back at things that escaped the blog. 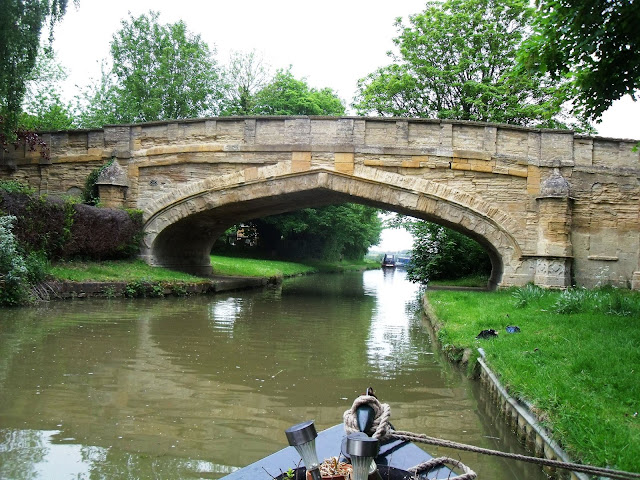 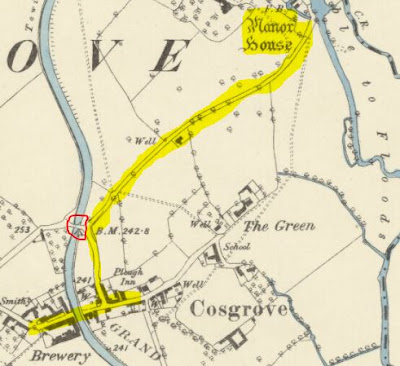 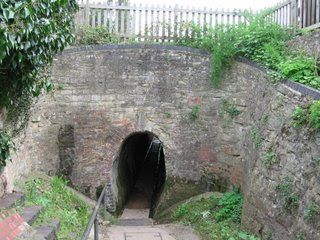 In 1764 John Biggin purchased the manor house, Cosgrove village and all the land thereabouts. In 1788 he died and his son George inherited the estate and so it was George who sold land to the Grand Junction Canal Co. If you look at the map of 1880 the Yellow shows the route from the manor house to the village and beyond. The bridge is circled Red.  So his Lordship saw his chance to sell the land to the canal company, get a fancy bridge built that could be seen from his house and have his private driveway avoiding the village.
On the map near the bottom the Yellow crosses the canal. This was the main street of the village. Today it  is just a tunnel under the canal (picture right). I wonder in the absence of any information available did his lordship allowed the canal company to cut the village in half with just a tunnel for villagers to use, can`t see him allowing riff-raff to use his bridge. 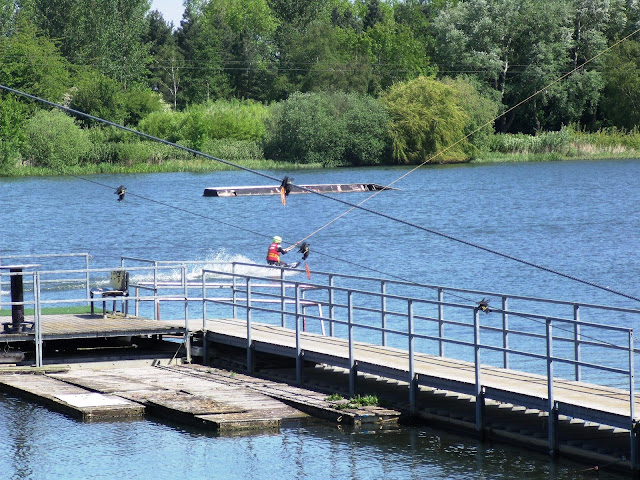 I did like the water sports on Willen lake. 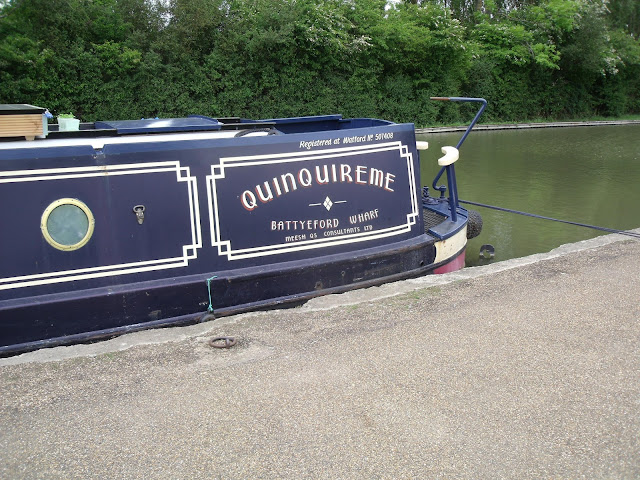 Boater Alan introduced himself saying "because of your blog Les I`m on a boat". Hope it all continues well for you Alan. 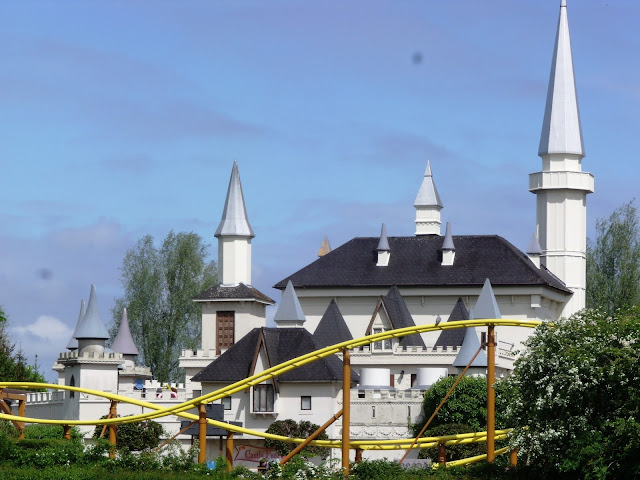 This is Gullivers Land theme park alongside the canal at bridge 81b. I took a picture...... 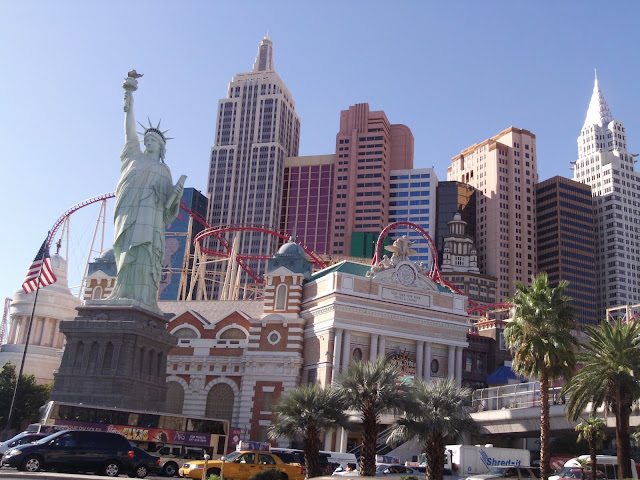 because it reminded me of the New York hotel in Las Vegas although the roller coaster was bigger in Vegas. 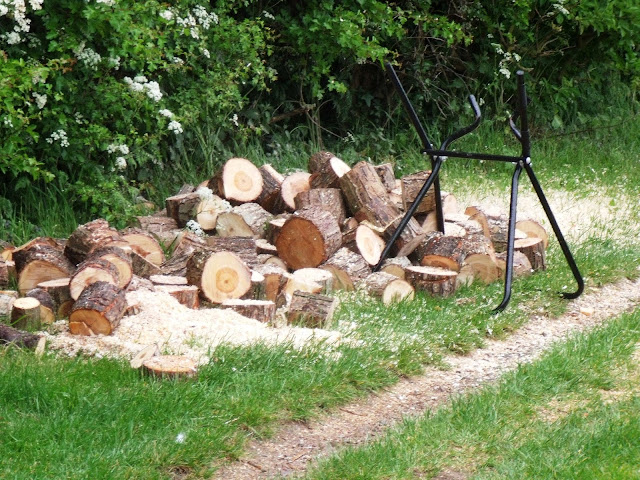 A lot of wood throughout Milton Keynes and Stanton Low was ideal to cut it up. 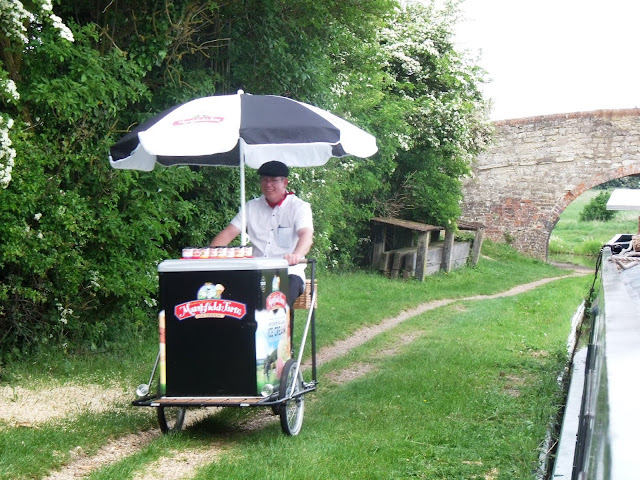 The ice cream man cycles past my wood chippings. 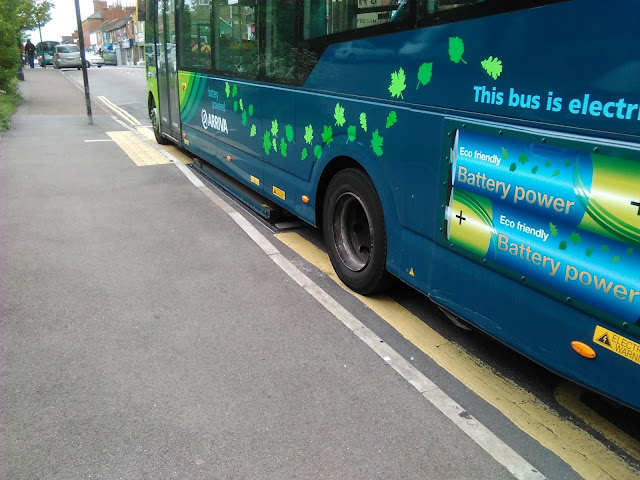 The electric buses were superb in MK.  They are on a 5 year trial and are a pleasure to travel on with less noise and the same speed as the diesel versions.
Inductive charging at each end of the 15 mile route means they can run without having to return to the bus depot. 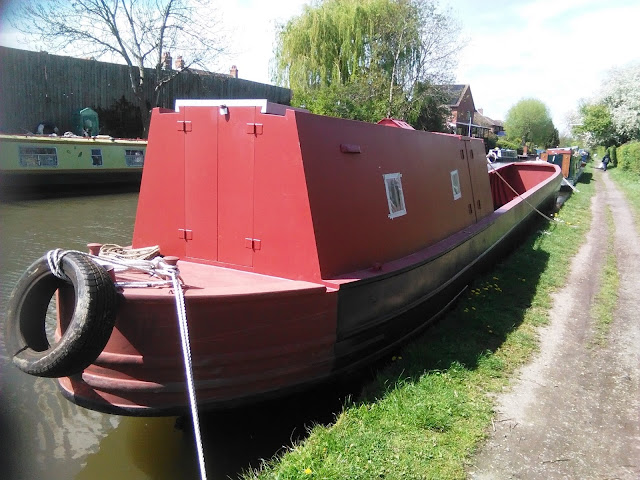 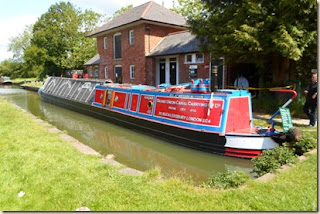 This new shell was moored behind us at Fenny. It has no engine and was seen by a friend heading south being poled along. I wonder what it`s future is. Will it be for commercial use or fitted out for a liveaboard with front covers. Perhaps along the lines that Jo and Keith have created in Hadar.

Hi Les and Jaq.. We also found a lot of wood as we passed through Milton Keynes and had a good roof full last winter. It was later pointed out to us that the Parks Department in Milton Keynes sell all the wood that they cut down and will prosecute anybody caught taking any of the wood.........PS most of what we had was Ash and it burnt a treat ....Gary nb Inca

Hi Gary
If that is the case then they should remove it to a secure place. Leaving it next to the canal is asking for boaters to help themselves.
Les

Looking at your map it would appear the Lord of The Manor did not require the bridge to go into the village; suspect it was more of a gesture of sovereignty over the lesser folks. Sort of look at me, the bridge is mine, not yours...