I get all the junk/spam comments but like most bloggers l have a filter system that won`t put them on the blog till approved by the blog owner. Now some are just adverts and of course pornography like this one (it`s ok i`ve cleaned it up) mentioned in a blog some time back but what about this one.

This post was interesting, how long did it take you to write.

This came in 2 days ago and was comment on a blog i published in March! No links to anything, and these type are common, so what`s it all about. If it had come in when the post was published in March then i would have approved it and answered as i normally do. The rubbish with links i can understand but this type baffles me. Is it some....oh i don`t know but if you folks out there have any idea let me know. Another point is in the link I supplied above i previously had managed to copy and paste the comment from my E Mail notification but now it seems not to want to paste, again anybody any thoughts?

Anyone recognise this section of canal? The picture was taken back in my days of non blogging. 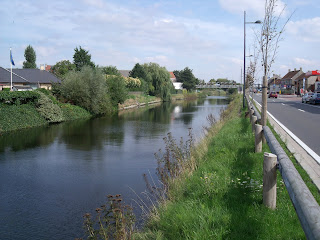 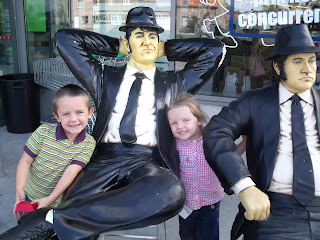 These two know where it is in fact all four of them know, but Kiernan & Keira two of my Grandchildren are the only ones with voices and they say it`s in the Belgium village of Adinkerke that we all visited a while back. Better known as Tobacco Alley it`s a big attraction not just for Brits buying tobacco but also the French. With prices of rolling tobacco here half the price of the ferry company`s and a third of UK prices it`s no surprise so many flock there. Best thing is it`s just 35 mins drive from Calais and they take £ sterling and give you change in the same. Lovely selection of chocolates as well, a lot hand made plus you still get your canal fix. 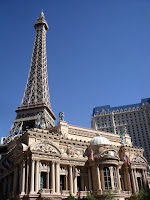 Another trip i made was here, no not France but Las Vegas. the last time i was in Las Vegas or Lost Wages as it`s affectionately known was 1980 when i spent a month touring the states from Los Angeles zig zagging across to New York and up into Canada. Now as most folks know since 1980 Vegas has expanded and the hotels first competed on size then they turned to themes. The upshot is there are Gondolas on a 1/4 mile long canal through the Venetian Hotel past replications of Bridge of Sighs and St. Marks Square. Trips up the Eiffel Tower, Lions in the MGM Grand, a walk through the streets of Rome via the Caesars Palace hotel and the list could go on and on.

Spent 5 days in Vegas and never put so much as a dime in the slots, all i wanted to do was wander through this make believe world created by visitors from around the world who have financed it all by gambling.


Free shows include the water show on the 10acre lake fronting the Bellagio, the volcano erupting outside the Mirage or the musical Pirate show at Treasure Island with the boys sailing in to invade the girl pirates ship.
The biggest free show was the un-limited access to all the hotels with their casinos ,restaurants and shopping streets themed to be Venice, Rome or Paris etc.

The Luxor Hotel pyramid shaped and covered in tinted glass has 2,500 rooms. You would be 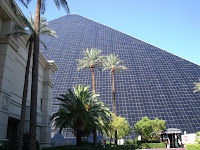 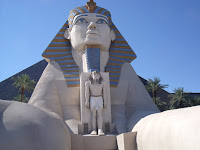 wrong thinking the pic on the left is the main entrance because it`s only the way in from the monorail that connects just 3 of the hotels at one end of the Las Vegas strip. 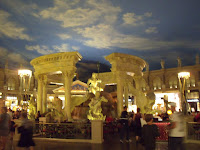 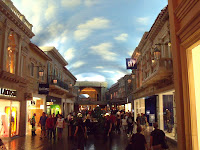 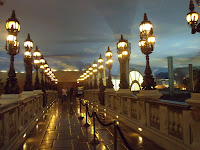 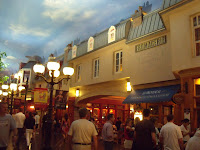 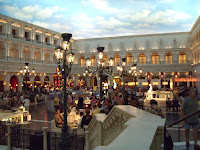 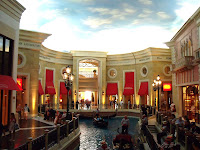 The 6 pictures above are all indoor shots and as you walk along that sky appears to be moving. 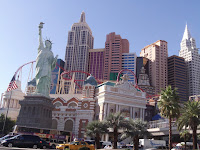 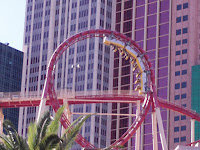 NEW YORK
No i did not, who gets pleasure going up-side down.

So visit Las Vegas and save your self the bother of travelling around the world. As Vegas has not quite got everywhere covered yet my next journey is 1200 miles with a plane change in Los Angeles that will land me in Seattle.

Seattle was never on the original plan of whittling down my bucket list but you`ll have to wait a
bit longer to find out about the change of plans. Meanwhile buckle your seats and i`ll cross off
another item on that bucket list. 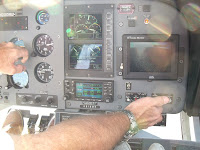 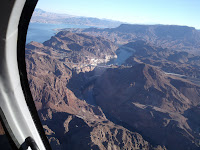 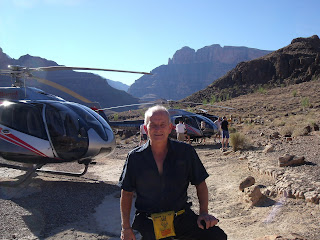 and land in the Grand Canyon. The Yellow thing around my waist isn`t a bum bag but a life jacket. Five helicopters left Las Vegas and met here almost down beside the Colorado River for a Champagne lunch.
Ok so the return trip to Vegas and the helicopter are 2 off the list so now the next part of the journey to Seattle and see what happens there.