How to Hang Side Fenders on the Shropshire Union

If you associate enough with older people who do enjoy their lives, who are not stored away in any golden ghettos, you will gain a sense of continuity and of the possibility for a full life. ~Margaret Mead, American anthropologist, 1901-1978

Les loved the Shroppie and so do I. There is still some countryside left up here in Cheshire, it borders Wales, and the people up here are friendly in the way country folk tend to be, even with strangers. Even the fishermen are friendly!!!
I finally cruised to the bottom of Audlem locks and moored up on the two week moorings. It was a week ago on Friday about 10:15 am and the sun was already unforgivably hot. These moorings are just back from the winding hole at the bottom of the lock flight and since they are general two week moorings there are no rings and there is the infamous Shroppie Shelf with which to contend.  I pulled slowly adjacent to an old replica working boat, gently passed it, pointed my bow in to the towpath, slowed some more and felt the bow gently tap the concrete canal side before inching back out again. I steered the stern in to the shelf and jumped the gap with the mid-line in hand and began to pull NBV back in parallel to the towpath when a slim, elderly gent with long white hair, a long white beard and mustache, and twinkling blue eyes appeared and asked kindly if I would like him to hold my mid-line while I moored up. I was happy to take him up on his offer, and we chatted as I pulled out a hammer and steel pins, grabbed bow and then stern mooring ropes and hammered pins in the hard, unforgiving, drought cracked ground. He suggested I turn my pins so the steel loops were at the back to make the pin more secure in the ground, and demonstrated to me how to loop the mooring rope around the body of the pin instead of the metal loop which can eventually break from metal stress.
We introduced ourselves. His name is Tony and his boat is NB Foxglove. He travels with his partner/ significant other/ friend named Suzy whose sweet little boat NB Juspidoreous was moored directly behind Foxglove. I had first passed Suzy's boat on the Maccie last autumn, I called out to her then and told her how much I loved her paint job. Later on when I came out of Aqueduct marina mid January and was readying to pull in and set Church Minshull lock, a couple of boaters ambling along the cut offered to set it for me. It was Tony and Suzy! Her boat does not sport a professional glossy paint job. It is obviously hand painted by her but I simply love the colors of light and darker green, the autumn leaves on the side, and the tatted lace panels at the window hung with crystals. Her bow garden is glorious with flowers and trailing leaves. It was a pleasure to chat with them and I was impressed by the gentlemanly behavior of Tony, reminiscent of Les. They would have gotten on well. From Tony I learned a new and useful way of hanging fenders to deal with the bloody Shroppie Shelf. 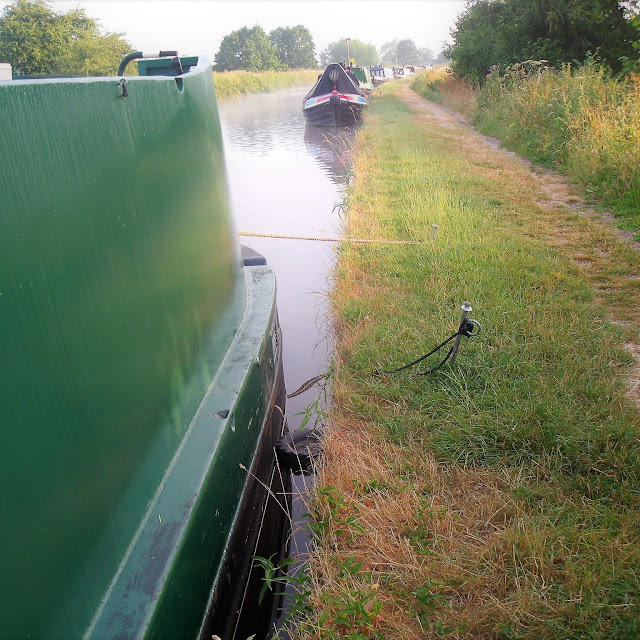 I am sussing out life in and around Audlem which is a lovely little village seven miles south of Nantwich with a population just over 2000. The flight of fifteen locks on traveling through the edge of the village raise the Shropshire Union Canal 93 feet over a  mile and a half to the Shropshire plain. The river Weaver passes west of the village and the canal sports a short aqueduct over the river near where I am moored. There is one school in the village but ten local clubs to keep locals busy: tennis, badminton, football, cricket, golf, pigeon racing (or pigeon-fancying), caravanning, bell ringing, cycling and bowls. For those who are fond of boats  and water the Shroppie passes right by The Shroppie Fly Pub with a bar shaped like the prow of a narrow boat and the Audlem Mill, built in 1915-1916 to mill grain into animal feed. Now it sports canalia of all kinds: books, basic hardware like lock windlasses and mooring pins, tea towels puzzles, children's  toys, art, embroidery and loads more. There is a small Co-op Grocery store to top up a few bits and bobs such as lettuce, mushroom and garlic. Williams of Audlem is my favorite shop on the main street. It is over a hundred years old and features an intriguing mixture of bits and bobs: scarves, bags, aprons, collectibles, stationery, glues, tools, oil, solvents, newspapers, and a few food snack items. I purchase my Saturday paper from Williams instead of the Co-op. They have scarves I sigh over but will not buy as they are not practical for me, 'nor do I need to add another scarf to my burgeoning collection.
Last Tuesday I decided to head in to Overwater marina for two days. It had been six months since I was last in a marina and I try to do this quarterly to give my batteries a really good charge, and wash everything inside and out while I have unlimited dedicated access to water and electric. It was ten pounds a night and well worth it. The folks there are very nice. The marina has a laid back, friendly vibe and it is clear from its design that wildlife and the environment are very important to the owners. I also had the opportunity to pay a visit to Steve and Angela on NB Tumbleweed who moor here. The small cafe even serves gluten free scones and cakes! I didn't try them but it is nice to know I could actually go there and find something I could eat. The thing with Crohn's Disease I am discovering is that I can eat the same thing on consecutive days and on one day be fine, and the next everything pours out of me in diarrhea so profound I dare not leave the boat. Afterward I feel totally spent, reincarnated as a limp dish rag that has been drug through a knot hole backward.
My first day in the marina I had no shore power despite being hooked up properly. I was too exhausted and ill to do more than moor up, wash up a few things inside, wash all the curtains, and then rest. The possible issues that could be plaguing my shoreline power caused me to worry through most of a sleepless night and then at 4 am someone's bloody car alarm went off, ran for ten minutes before they woke up and shut it off and then it started up again twenty minutes later. I was up then for the rest of the morning. I had groceries delivered at 8 am and sorted out a few things on board. At 10 AM a marine engineer from Overwater Marina Services came to suss out the problem which turned out to be a relatively minor issue in the scheme of boats. The shoreline plug on the boat had given up the ghost after twelve years. Forty minutes later it had been replaced with a new plug and power was happily humming into my batteries. I flipped on the immersion heater and an hour later had a gloriously hot shower which temporarily revived me. It could have been so much worse. It could have been the £3000.00 Sterling pure sine wave combi-invertor which would have been a disaster.
I am moored up back on the cut now, on two week moorings close enough to walk in to Audlem to dispose of my rubbish at the service point, pick up a newspaper from Williams and Co. and enjoy the beauty of the countryside. 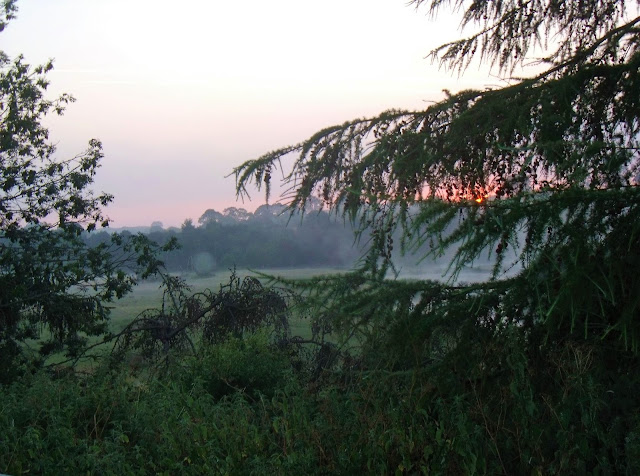 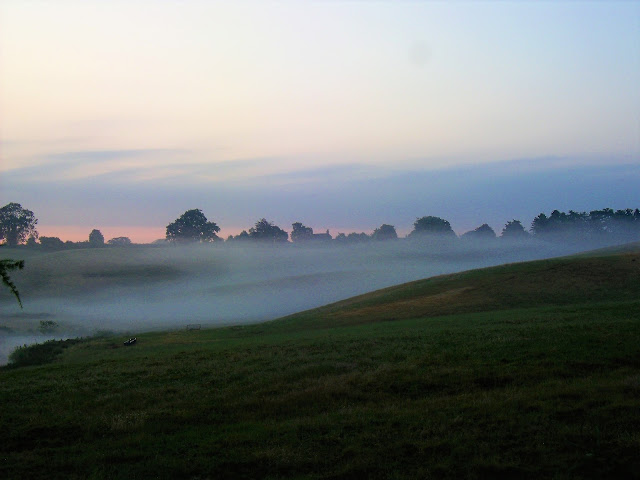 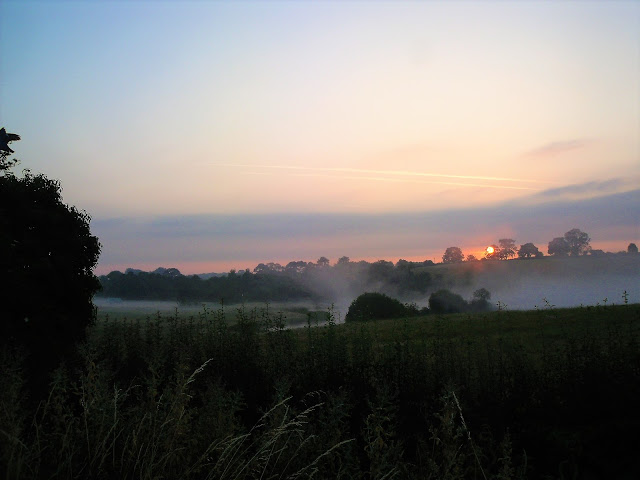 10 clubs in Audlem, make that at least 30. http://www.audlem.org/directories/groups.html
It goes from aerobics to Zen Buddhism!
Steve

Oh wow! My info came from Google. That is an amazing amount of clubbing for such a small village but it doesn't surprise me. Brits are a nation of joiners and seem to enjoy anything as long as there is a crowd involved in it.

Hi Jaq,
Great blog with cracking photos-a good read.
The anchor is a rond anchor and here's a link-I'm sure others exist but yes they are mainly a Broads tool which I recall from many childhood holidays that gave me my love of boats.
Be lucky
Mike
https://www.norfolkmarine.co.uk/shop-online/rond-anchors-p-5659.html