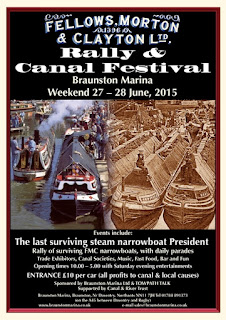 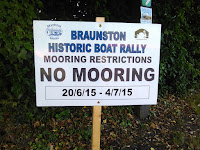 The rally was held over the weekend of 27/28 June. Mooring restrictions were in force a week before. This is fair enough as many of these old working boats come from all over the system and some owners might still be working and need time to get boats there. Fair enough the show is advertised and the restriction will be common knowledge and some boaters might avoid Braunston during this period as mooring will be restricted.
We came through the tunnel and started down the locks on the Thursday evening after the weekend of the show thinking some boats would have left freeing up space. We met a boat coming the other way who remarked there were a couple of spaces but the notices banned mooring till the 4th a week after the show. As boats left surely any passing boat could moor in the space. The show was over so why do you need mooring restrictions. The volunteer in the stop house bless her said it was because some of the show boats liked to stay on for a few days. When I mentioned in that case there would be no space to moor she took a while thinking then had to agree but still had no explanation as to why the empty spaces are not to be used till the 4th. 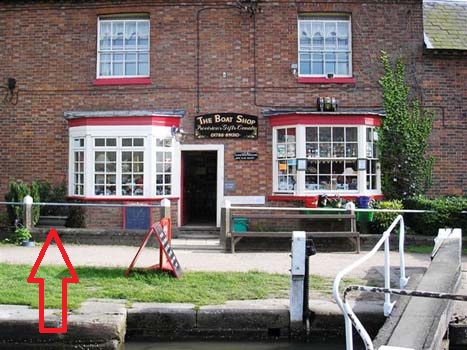 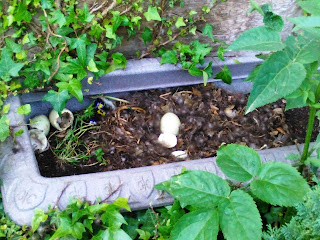 This is the shop at the bottom lock on the Braunston flight. It`s a very busy place being next to the lock in a very busy area. people are walking past this shop continually during the day.
In the picture I have highlighted the plant pot pictured left. This believe it or not is where a Duck decided to hatch out her ducklings. The egg shells can be seen but out of sight one egg remains un-hatched.
Posted by Les Biggs at Friday, July 17, 2015

As to the female duck laying her eggs where she did:
this is not all it is quacked up to be.