So laid back.....nearly forgot you all. 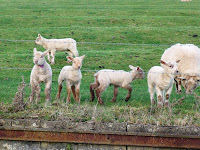 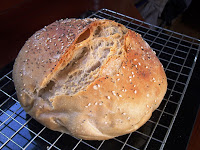 A.....Bridge 97. Here can be seen 2 sections of the old canal route still in water.
B.....The old railway crossing.
C......The original Oxford heads off across fields to avoid the low land of what is now puddle banks.
D/E...The footpath crosses 2 in water sections of the old canal route.
F.......The footpath from bridge 91 having at this point passed the church.
G......The new rote of the Oxford. After crossing the bridge either turn left to find C easier and also to trace the old, now dried out,  route as it makes it`s way to A (brdg 97) or go down onto the towpath back into Braunston.

The section below  can be found at bridge 84. Scramble up the steep bank and across the field is a bridge over the old railway. Follow down the path and you are where  took the picture. You can see 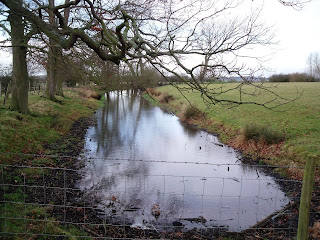 where the canal came across the field and became a crossing point of the railway. Just 50yds or so before the bridge is a clump of trees growing in the old bed where it leaves the canal as is now.  Just past brdg 83 if you look carefully you can again see the old and new meeting. It`s just a matter of the new route being in a cutting so each end of the old route is where the land levels out.

Another place with no climbing through trees is from brdg 78. Walk along the road on the Barby village side and the old canal butts up to the road on the first bend. You can get into the field as you come off the bridge by following the footpath sign. To follow it along is by the stile to the left and a muddy trek up and down muddy hills. If you look on google satellite maps you can see this section has been added to for fishing but the main channel is clear enough.
It comes back across the current canal just past the motorway bridge then goes off west across the fields then turns and goes right through what is now Barby Marina.

Anyway hope someone as well as myself finds all this of interest. I`m going to be walking a lot as we travel to find other parts of the old route. It ended up about 20 miles shorter so there is still plenty to find.

Hi Les,
We'll look out for you on our way up to Braunston this week, we'll follow that lovely smell of bread baking. MMmmmmmmm!
Karen

Lovely to see you both enjoying. Take care xx

Ian/Karen
Away from Braunston now. Perhaps if you are taking the Nth. Oxford we might meet up.

Sue
I would never ever forget you.XX