Outside this part of the world


Sitting here in the garden a regular visitor is the Black-Chinned  Hummingbird. Much to fast for me to catch on camera so the pic is from the Web. They usually hover in front of the flower beds just feet away from where we are sitting. 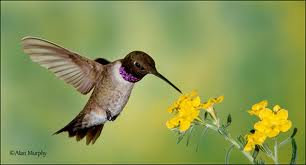 Click on the link and scroll down to the 3rd video of the super slow motion of the little birds wings. They can fly up, down, backwards and forwards as well as hover while they get the Nectar from plants using their long beak and tongue. A truly fascinating experience to watch them live in your garden.


The Coyote makes an appearance near the house occasionally albeit at a distance across fields, this one again 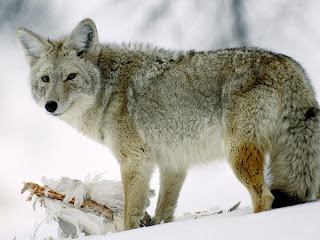 taken from the Web is full grown and we have seen many like him as we drive around including youngsters dead by the roadside having been hit by cars.


Another visitor in great numbers to the garden is this Dragonfly known as a 12 spotted skimmer. This picture 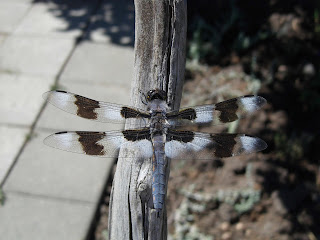 Skunks are something we don`t have in the UK and boy do they stink. We passed one making its way along the side of the road and slowed to get a pic but Skunky was none to pleased and emitted a terrible smell  i quickly wound up the car window. 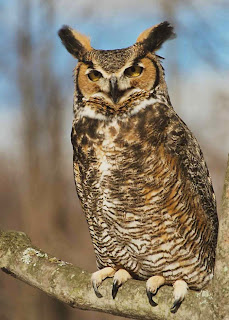 A week or so back as i went out of the back door i startled an Owl that had been i assume because of the shortage of  trees perched on the roof. It flew down low over me and settled some 50yds away on the edge of a field of Wheat. I watched it with binoculars for some 20 mins and can only assume it was digesting a meal when i disturbed it. With out doubt after watching it up close  it was easy to identify by the ear like feathers upon it`s head as a Great Horned Owl.
Reading about it on several sites firstly it`s `ears` gave it away also the fact that they do feed on the ground in fields for mice but i think the best thing was the apparent wingspan they can have. Believe me when Owly swooped down over me that wingspan was huge.
Sadly just last night Jaq and I discovered an Owl(dead)  in the middle of the road probably hit by a car. Jaq moved it to the side of the road but as to weather it was a Great Horned I have not yet gone to have a look in daylight. Certainly by the size it could have been.....shame. 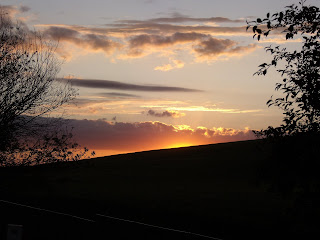