Life in the USA

When is a Tyre not a Tire? Is it a Tyre or a Tire?
This is the local parking attendant at work. He goes around the small town of Pullman with a long chalked tip pole and he marks the tyre of the cars parked on the street or in this case one of the many FREE public car

parks. The time limit is two hours and having marked the tire (American spelling--yes ok I hear you all but I can assure you they are nice folk who just talk and spell things differently to us; remember I've married one and so to avoid accusation of cultural discrimination I best include the odd American spelling.) After two hours he comes back on his rounds using different coloured/colored chalk to mark newly parked cars.

He tickets those with his chalk mark of two hours earlier. Above is the car he just marked before I asked him to pose for a picture. To overstay the two hour limit means a $10 fine but be aware: it's $250 for parking illegaly in a disabled bay.

Outdoor relaxation is big over here with  tempratures of 85-93F; cooler than usual according to the natives. Nearly all the parks I have visited have a picnic shelter with BBQ, electricity and water. They can be 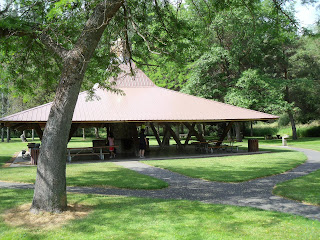 reserved for a nominal fee to host a large family get together; otherwise the facility is free for public use. 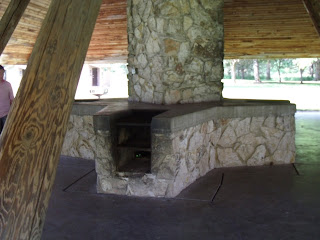 Above is a typical shelter with 4 BBQ units. Seating and tables are available with each unit. The BBQ in the picture below is a stand alone unit in a smaller park that has no shelter. 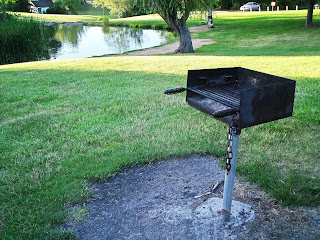 Also in the park I came across this strange contraption. After spotting some young folk approach and aim Frisbees at it. I just had to ask them about it. The game is called Disc Golf and it is played in  twenty countries besides the USA. 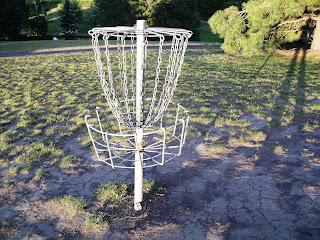 Has anyone seen it in the UK? Each player carries a bag of about twenty Frisbees, with at least three different types: putters, drivers and all purpose mid range discs a bit like a golfer with his many different clubs. 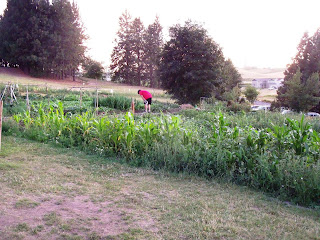 No prizes for spotting what's in this picture. Yep an allotment--the difference being this one is un-fenced, slap bang in the middle of the same park where the Disc Golf and single BBQ units were.

Do we have frozen concentrated fruit juice  in the UK? It's very popular here and comes in at least 20 flavors. 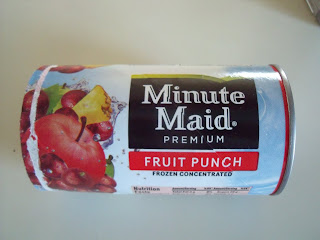 Just peel off the lid, squeeze the frozen contents in a jug, and add three containers of water. The only thing I can think of in the UK that's even close is the Frozen Jubbly in a Pyramid shaped carton we got as kids. Hold the front page! I've just been Googling and it seems they have been ressurected from the grave of my childhood memories HERE.

This three wheeler car is a Zap Xebra Electric and has 4 seats. Built by the Chinese, it has a top speed of forty MPH and a range of twenty five miles between charges. The price is $12,000--about £8,000 pounds UK. 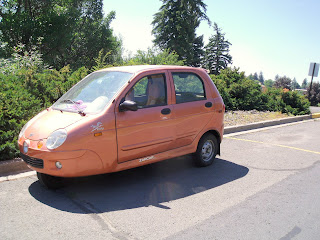 The bodies used to be fiberglass but are now manufactured from metal.They also make a Truck version that has a solar panel on the roof.


What vehicle in the U.S. other than police, fire or ambulance can stop traffic? Yep it`s the good old American school bus. It`s bright Yellow Orange or Orange Yellow; it depends what book you read from. These buses are a famous sight here as is the black cab in London. 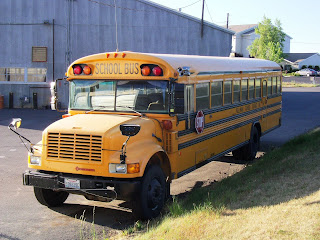 Almost half a Million buses carry  26 million students to school EACH DAY. 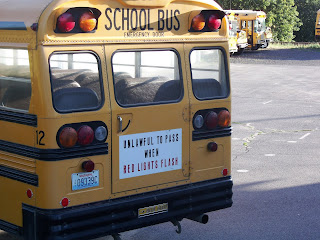 When dropping off or picking up students, the red flashing lights front and rear--together with the stop sign that folds out on the left side--all mean no passing the bus from either direction.

I have now got an official Washington ID card! The reason being, I wanted an American bank account and 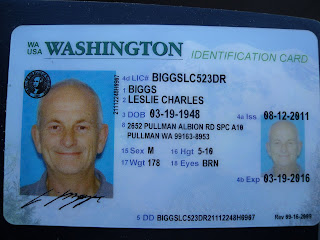 without a social security number this was the only route I could take to get an account. 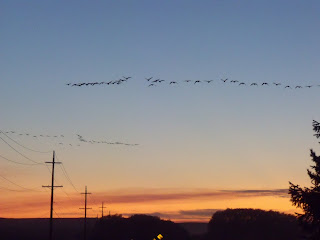 As the Geese fly over the back porch and the sun sets, I'm thinking in just twelve days we will be on the plane from Seattle heading home. We will leave Pullman a few days before the flight and spend time in Seattle as Jaq has obtained some huge hotel discount via a friend. At least Seattle weather should be cooler. I cannot wait to get back and enjoy the UK climate and stand in the rain. The past three months have seen just a tiny amount of rain over here. The heat stops me doing much during the day as I feel exhausted. It was 101F a few days back.

We have packed up the things Jaq wants for our life on the boat and they have been delivered to the shipper today and will appear in the UK in about 2 months (Look out for a boat laying low in the water after the boxes arrive!)

Life here over the past three months has been one long list of dinner, lunch, and breakfast invites with Jaq`s friends each wanting to say their goodbyes. They are all without exception a lovely group of people and I thank them all for accepting me as a friend.

Hi guys, life here in Ontario is much the same as in Pullman, but a bit greener. About the only thing I am not aware of is allotments in public parks, and I only found out about disk golf on Thursday from an English lady friend.
If you think VALERIE (funnily enough, our English friend's name) will be deep in the water, keep an eye open for us sometime late next year, we may have to buy a butty! Bot not yet bought but we are getting our act together in that direction.
Mike in Garnet.

Hi Mike
Thought of you the other night as i was looking over a Police Motorbike in Moscow.
Now if you get a butty then we wil have to work out a tow rate....just kidding. Hope we do bump into each other some time.

That did not come out right, a butty as well as a motor!
Can you give me some info on the layout of VALERIE, not got the cash for a "new build", but some idea of what works for you may point us in the right direction when out kicking fenders. I have communicated with Chris of "Well's Cargo" (NB BELLE), he designed his vessel so he could potentially get a motorcycle or 2 in the fore/well deck. Not certain that "old Blue" will go home with us yet.
Will be kicking fenders during Octobe this year, will check on your position.
Mike