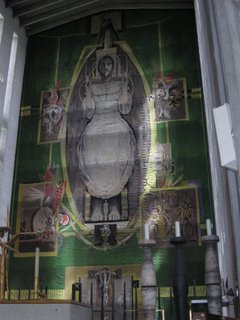 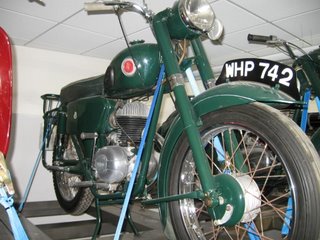 The first bike i owned at 16 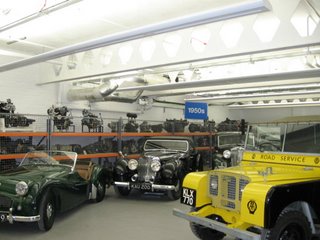 A small corner in The museum of transport 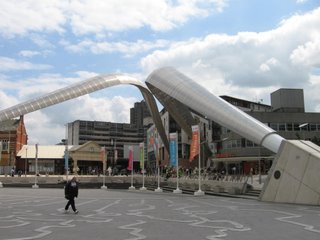 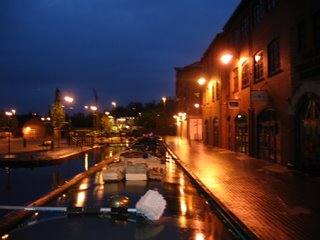 Coventry basin well lit at night
Well as i said in last post the the trip into Coventry was not very nice but the basin with it`s close proximity to the city centre made it a worthwile. The basin it self was well lit at dusk and very quiet even with a pub just a short distance away from the canalside. On arrival boats are met by city rangers based in an office within the basin who give out a small welcome pack including a very usefull map listing all the touristy type things and also laundrette, post office etc. From just outside the basin a footbridge takes you over the ring road and you are then 2 mins walk to the centre of this very interesting city. The museum of transport is very much a must see venue featuring cars, buses,lorries, pedal cycles and motorcycles amongst which i found the exact same model of a Francis Barnet 197cc that i owned in 1964 at the age of 16.
The museum was a wonderful experience lasting some 3 hrs for the princely sum of nowt.
Outside are the two steele arches to commemerate Frank Whittle the jet engine genius.
Moving across the city i noticed the huge modern shopping centre both indoor and outdoor the former being mostly under glass canopies so dry shoppers are happy shoppers, so what do they do........spend more. Clever these planners eh. The indoor market came next built like a giant roundabout, ok for you long time boaters that`s like a giant winding hole, me being new on the cut i can still remember them. Anyway the roof of the market was a car park(mooring).
Although not a religous person i felt i had to see the both the bombed and new cathedrals. I must say i was quite impressed by the sheer size and workmanship of this building from the stain glass to....well all of it.
Walking on came to spon street,not spoon, where although some of the buildings dating hundreds of years were on their original sites some had been dis-mantled during the re-building of coventry following the 1940 bombing and re erected to form a street to give some idea of coventry past.
All the walking around was spread over the two days allowed for mooring and this was monitored by the rangers so 48hrs and off heading to the Ashby canal i have read about on Sue`s blog RETIREMENT NO PROBLEM check this site out it`s better than mine but please come back here now and again. Link to Sue is on left of my blog. Sue does all fancy links in the text, i can`t get the hang of yet, and also Sue has photo albums go on check it out as i have finished for now.
Posted by Les Biggs at Friday, June 23, 2006