I do apologize to loved ones, friends, and followers for allowing four months to lapse since I last posted. There was so little to post about and I had adopted a siege mentality that made me feel as though my life was stuck in amber like an insect. A few things have changed: the Biden/Harris win is restoring a thin veneer of civility to America--at least out here in the Pacific Northwest. I noticed the day after the election results were verified, people out and about at the grocery store seemed friendlier and more willing to allow a smile to travel above their masks, to their eyes. The continuing support for Trump and the very real split in the U.S. Senate between actual conservative Republicans and Trump sycophants indicates the wheels have come off their vehicle and a fight for the heart and soul of the GOP (Grand Old Party) is occurring. In Arizona--a heavily Republican State where a lot of the Trump crazies live--7400 registered Republicans have left the party and registered with the Democrats. In Oregon--a State with a majority of conservative Republican towns, with Portland and Eugene functioning as liberal islands in a conservative majority landscape, 10,000 registered Republicans have left the party. Below is a timely interview with retired Republican Senator Danforth about this issue.
I've come through the darkest months literally and figuratively for me anyway, stretching from November 30th to January 31st. I've made it through one more anniversary of  Les' death and the days are growing discernably longer again. Seed and plant catalogs are arriving in the mail box--harbingers of spring and summer ahead. We've signed a fourteen month lease on this apartment so I feel now as though I can truly unpack, hang some art and pictures, and make myself comfortable. I will post pictures when it is all unpacked and sorted out.
I try not to think about the Pandemic since I cannot change anything. Of the four of us--my daughter Shiery, my daughter-in-law Kelli, my foster daughter Mary, and me--only Mary has no medical conditions precluding her from getting the vaccine. Shiery, Kelli and I all have multiple auto-immune diseases so we continue to take careful precautions. Mary found an Etsy site (Elimstation) that sells the best masks we've found yet: three layers of fabric with a pocket for a disposable filter; comfortable, covers my chin and lower face, has a thin adjustable nose wire, adjustable ear loops, and each mask comes with one disposable filter. There are 56 different cloth patterns and child sized masks as well. These are the first masks I can talk in, breathe in without fogging up my glasses. The three layers and disposable filters (a pack of 10 can be purchased from the same Etsy shop) make me feel far better about going out in public. 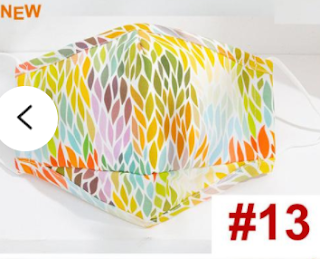 Hi Jaq, you are often in my thoughts and I'm glad you are ok'ish from this recent scary episode. The canals miss you but you are with your family so maybe the best place. As my wife's aunt in the US often says 'age does not come on its own...' Take care

I think about you and and your family, and others on the cut whom I've grown close to, and hope and pray all are staying well and safe through this pandemic.

I certainly miss the canals and the people, and dear Britain.

I am doing my best to weather things as philosophically as possible.

Love and hugs to you and yours,