The Honor of Grafton and Waka Huia

"In the sweetness of friendship let there be laughter, and sharing of pleasures. For in the dew of little things the heart finds its morning and is refreshed." ~Kahlil Gibran

As is typical of us, we are so excited by meeting up with friends--be they old ones we know and love or new ones we are just meeting for the first time--that we forget to snap some pics of everyone and their boat, hence we have nowt' but the signage from Dave and Marilyn McDonald's boat although we did remember to get a picture of some of the people!
Marilyn began following our blog back in New Zealand where she and Dave run a B & B. After many emails flying back and forth over the last four months Waka Huia finally caught up with NB Valerie and we had two lovely days getting to know Marilyn and Dave.
Dinner the first night was a collective effort on board NB Valerie and the next evening we supped aboard Waka Huia. Lovely!! It is always a gift to meet like minded folks who appreciate many of the same things we do in life.
Marilyn explained Waka Huia means "treasure box" and it is indeed just that; the two people aboard are for us, the treasure of new friends. Thanks again for a truly lovely time. We will definitely see you again on down the water road. 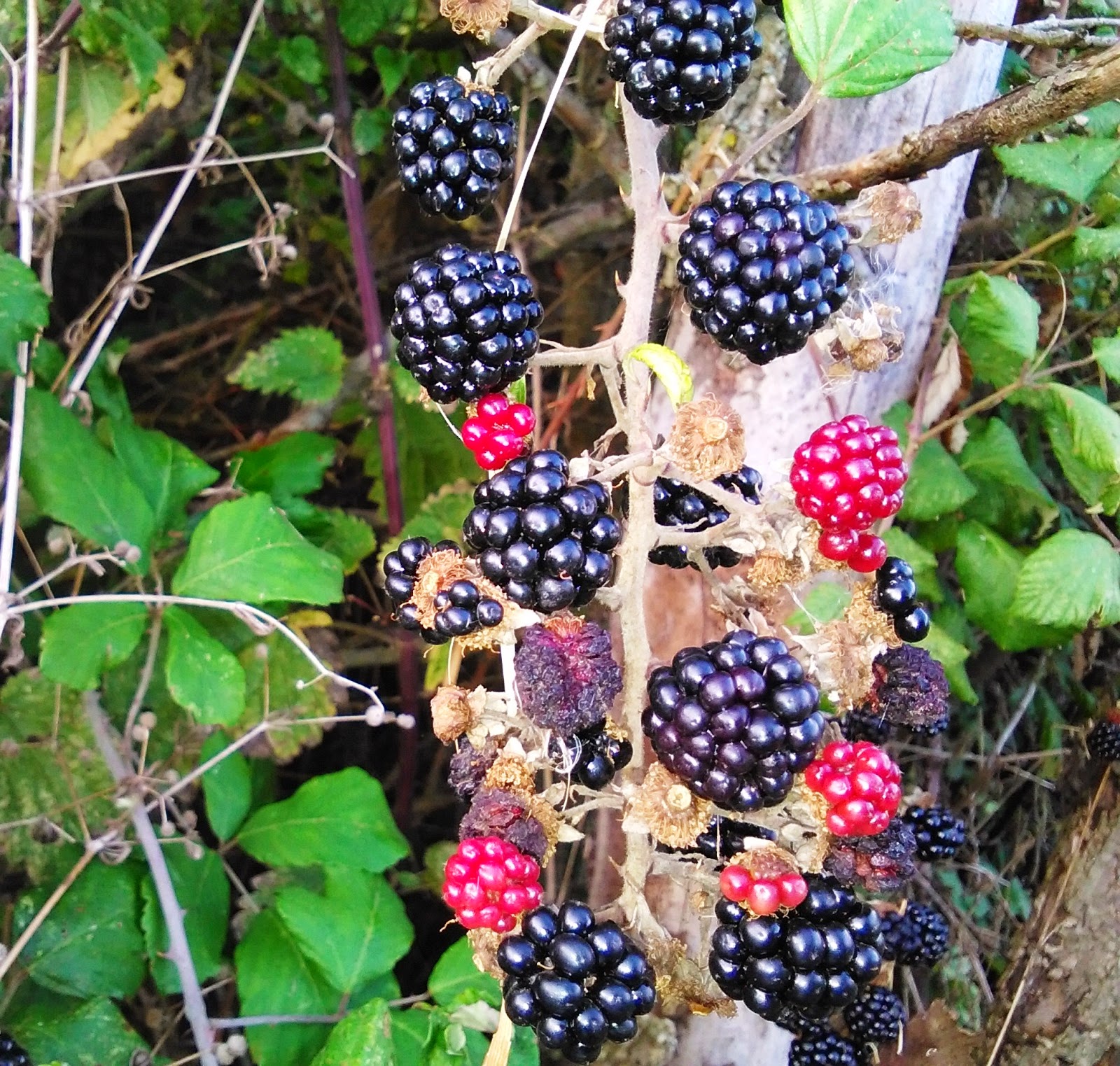 As the wheel of the year turns again, summer gives way to autumn. Moored near the bijou village Grafton Regis, we were falling all over ourselves to pluck the fat, juicy blackberries which hung in swags from every shrub along the towpath. we've plundered thirteen pounds of berries thus far. Given the cancer fighting ellagic acids in these berries, I am more than thrilled to ram the freezer with them.
We walked up to the village during our brief stay of five days. Not much to see at first glance but a typical narrow English lane up hill to a lovely view out across the canal and adjacent fields; a stone farm house with a lovely garden, sheep in the fields, and a tall, square 12th century Anglo-Saxon church tower with the narrow arrow slits. Further on, the small village meanders along the hilltop with a few new homes built in a lovely butter-and-honey colored stone, more fields and one pub.
As we stopped to read the local village information board we discovered Grafton Regis was the birth place of Elizabeth Woodville--a beautiful young widow with two small boys whose beauty caught the eye of King Edward IV; he of the House of York, whose emblem was the white rose.
The Woodville family gave monies to the church for the repair and maintenance of the church tower which stood as a watch tower and defense along the Old Roman Watling road--the demarcation of the Danelaw which divided England nearly in half lengthwise with the Anglo-Saxons living to the West and the Danes settling into the Northeast of England.
Married in secret at Grafton Manor, she was the first commoner ever to be crowned queen (consort). In addition to her two young sons by her first husband, Elizabeth and Edward had ten children together; five survived. Only their daughter also named Elizabeth outlived her parents.
After Edward IV's death his son was declared king but never had a chance to be crowned; Henry's brother Richard imprisoned Elizabeth and Edward's two young sons in the tower whereupon they disappeared forever. Richard claimed the crown and declared himself king. His actions drove Elizabeth to side with the Red Rose of the House of Lancaster, marrying her daughter to Henry Tudor.
Henry went to war against Richard III, who lost his crown and his life at the Battle of Bosworth, where as King Henry VII, the Tudor line leading eventually Queen Elizabeth I was begun.
Elizabeth Woodville's grandson Henry VIII loved visiting the hamlet of Grafton and accorded it the royal honor of Regis. Henry spent late summer from August through October at Woodville Manor, enhancing the building and grounds, building a bowling lawn and hunting in the local woods. It was one of his favorite homes. His daughter Elizabeth I stayed there on three separate progresses.
It was here in 1529 Henry VIII met with Cardinal Wolsey one final time to be told the Catholic pope would never grant an annulment of his marriage to Catherine of Aragon so Henry could marry Anne Boleyn.
Sadly Grafton Manor was razed to the ground in the English Civil War in the mid 1600's. The house in existence today was rebuilt on the grounds in the 19th century and now serves as a rehabilitation home for individuals with brain trauma and Mental health issues. It has changed relatively little since the late seventeen to early eighteen hundreds with only a couple of new houses built along Church Lane in recent years, in the footprint of older buildings. Today Grafton Regis has a population swollen to nearly 100.
And so as we walked the narrow lanes back toward the towpath and the 21st century my thoughts were never far from Henry. As we picked fat purple berries I could see the Norman church tower on the hill above the trees. It is said Henry would still recognize most of the village...
As the morning mist rises from the meadow I feel his gaze cutting across the fields and I wonder if the great King ever stopped on his local travels to pluck a fat purple berry and sample its perfumed taste. 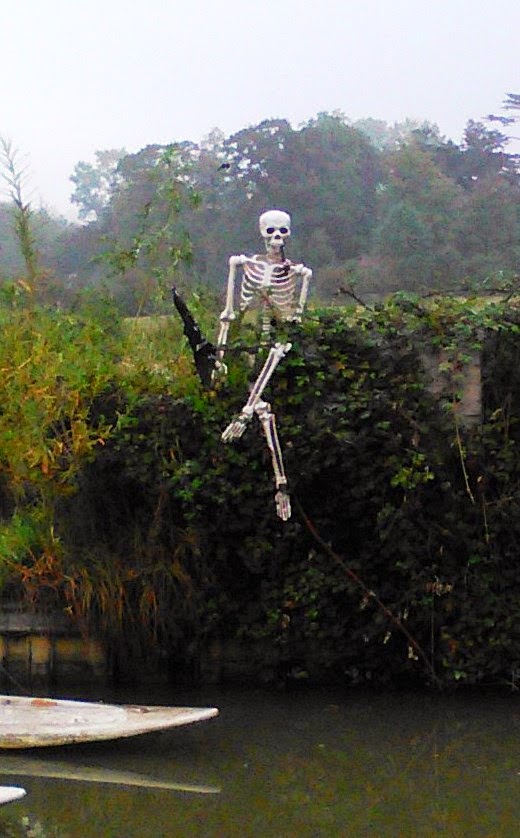 Les says if you need directions to the village or the blackberries just ask one of the locals!
Posted by Les Biggs at Tuesday, September 16, 2014

Hi Jaq and Les, I have posted some photos of us together on our blog. I can send them to you if you like.
We absolutely loved seeing you both and getting to know you more in person. We will track you down again - you have been warned, but this time I will ensure I have lots of elderberry and lime cider on board!
Love and hugs, M&Dxox