Million Dollar Quartet was our show for the last night. It was a musical based on the getting together back in 1956 of Elvis, Carl Perkins, Jerry lee Lewis and Johnny Cash at Sun Records in Memphis. 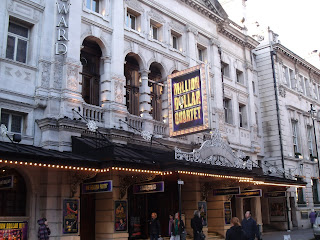 Bella Italia was Jaq`s choice for a pre- theatre dinner. Only after starting our meal did we realise it was one of many all over the country which might have put us off but the  food and service was fantastic. 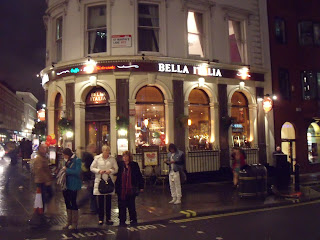 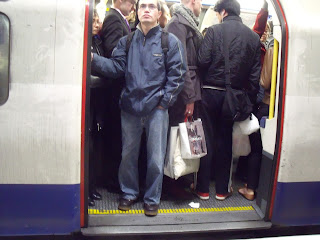 The crush on the Underground trains is one thing we won`t miss. Just think people do this twice a day and they pay for the privilege. 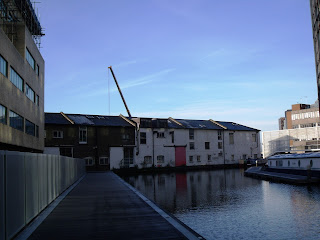 Sad as I look back from the mooring before we turned and set off this is the only original building amongst all the glass tall office buildings in the basin with a 40 storey block still to be built. In it`s day it was a Hay & Straw store.
In 1927 a block of land was sold  to the governors of St. Mary`s hospital by the Grand Jct. Canal Co. for the sum of £65,000. I don`t know the size or location,(part of St. Marys is on the left of pic) but tremble to imagine the cost of that same plot of land at today's prices.