Lots of pounds(£) and low pounds(H2O)

For many years even before life aboard the boat i have wanted to visit this bridge below, just check my surname and you`ll see the connection, but never got around to doing it until a few days ago. 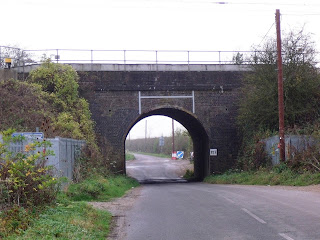 Apart from some metal fencing enclosing electrical installations and some bushes not much has changed since it was pictured 40+ yrs ago.Bridego bridge above in 2011 and below in 1963 and the scene of the Great Train Robbery where 2.6 million pounds in used notes came off the overnight mail train and down the embankment onto trucks. 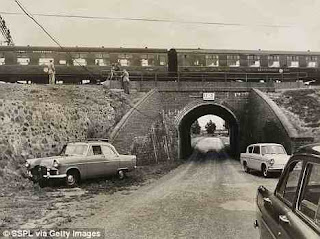 The train was 1st stopped across the fields from church lock and moved a short distance south almost adjacent to Slapton lock. 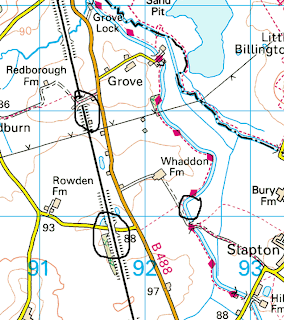 On the map the top circle is the trains first halt, the lower circle is Bridego bridge the scene of the robbery and circled to the right is an excellent mooring very close to bridge 118 if you fancy a look.
Not all the money or the perpetrators were caught but some of those captured received 30yrs.
Well i`m glad i crossed that off my bucket list.

Setting off further south with the memory of the notice on Braunston lock flight stating water levels on the Grand Union South were at an acceptable level we moored in the picture below between locks 35-36. This was in the dark as our intended mooring in daylight was after lock 34 but 7` out from the 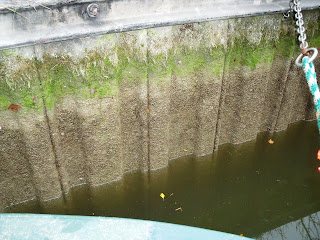 towpath we grounded and spent nearly an hour back and forth until a boater from the long term moorings walked by and used my pole to get the boat into not deep but enough water to move on but even that took 20 mins. So having found the edge after the next lock just deep enough to force the boat in we stayed the night and awoke to find BW letting just enough water down to float me off and put some depth in the previous pound.
Posted by Les Biggs at Wednesday, November 16, 2011